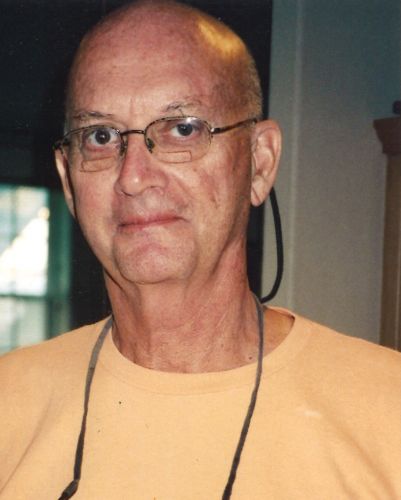 Born in Williamson, West Virginia on August 16, 1938, the son of Dr. Ernest and Thelma (Chaffin) McClellan. Tom was raised in Logan, WV, and graduated from Chesapeake, (OH) High School. In his youth, according to his loving cousins, Claude Chaffin and Betty (Chaffin) Avril, he was known as a great dancer, precocious rebel, selfless helper of the stranded, and voted most popular in high school.

Tom graduated from the University of Charleston and from West Virginia University Medical School. He was a beloved surgeon and maintained a thriving practice in Charleston, WV for many years before his retirement. Throughout his life, he literally wore many hats and had so many interests. He was a veteran of the United States Air Force, a pilot, mechanic, sky-diver, inventor with more than 20 patents, boat captain, and enjoyed his motorcycle. With equal fervor he enjoyed long discussions on all sorts of topics like politics, religion, medicine and mathematics. He was a brilliant Socratic method style teacher.

Survived by his two children, W.Thomas McClellan, M.D and Elizabeth A. McClellan, M.D. Daughter in law, Sarah Stevenson McClellan, M.D. three grandchildren, Tommy, Andrew and Margaret McClellan, his good friend, Suzanne Jarque, brothers-in-law, Charles and Vincent Dudley and many friends. He was preceded in death by his second wife, Mary Elizabeth McVey and sister, Joanne Egnor. He was loved deeply and will be missed.

At the request of the deceased, there will be no services planned.

"Tom was our neighbor and a very private man. When he opened up, however, he had both wonderful and sad stories of his youth that he would share without judgment. He was very kind to my family. My boys always enjoyed visiting with him...I think the popsicles he kept on hand may have had a part in that. In recent years we missed seeing him. I hope he has found peace. "

" Tom became our next door neighbor, on Arbor Drive, in 2002. Soon, we were not only neighbors but close friends. He became our dinner companion at least once a week for many years. Our conversations would range from political to international and domestic affairs. Politics was one of Tom's passions. Tom was a joy to have around. Our evenings together could last for hours as he became part of our family. We enjoyed many of Christmas Eves and holidays together. What happened to Tom was a very sad for many of us. We had made plans to celebrate his birthday on August 16th. Those who knew him well know he did not like celebrating his birthday, but he said "I am happy to come for a dinner party". Tom was a man of great integrity and he will be missed by all. "

"Tom was a man of great knowledge and wisdom who loved to share and debate his knowledge in spirited discussions while enjoying meals, laughter and time spent with his closest friends. His presence at our frequent gatherings will be greatly missed by all of us."

"Tom was a brilliant man. I will miss him and the debates we had on life. Even though some of his believes differed greatly from mine. Therefore, his input was at times challenging for me. Our last dinner together at Ward's was just a few weeks ago. We ended our evening by planning his birthday dinner.Tom was down to earth and a real gentleman with a big heart. He always made me feel special and I will miss him."

"To the family of Tom, My deepest condolences for your lost. Tom was a friend and mentor to me over the past 10 years. He will be deeply missed by my entire family. Paul Jarque Ginett"

"I wish to extend my condolences to Dr. McClellan's family. It was with great shock that I learned of his sudden death. Working with him as an inventor was simply a pleasure because of his dedication to his work, his appreciation for honesty, integrity, diligence and industriousness, but more importantly, for kindness and empathy. Arriving at our office on his motorcycle dressed in jeans and a T-shirt, always in great spirits and having a kind word for everyone - that is how I remember him. Despite his countless achievements and accomplishments in life, he remained down-to-earth and unpretentious. He is no longer and that is a great loss. There should be a lot more of HIS kind. "

"I'm so sorry for your loss. Please accept my deepest sympathy. May you find comfort from your memories, as well as God's word the Bible. Why do people we love die? Romans 5:12 says: "That is why, just as through one man (Adam) sin entered into the world and death through sin, and thus death spread to all men because they had all sinned." How loving of God to promise what is found at Revelation 21:4 which says, "And he will wipe out every tear from their eyes, and death will be no more, neither will mourning nor outcry nor pain be anymore. The former things have passed away I invite you to visit the following site for more on this promise; www.jw.org"

"Thanksgiving 2013 I had just had knee surgery. Tom and Suzanne joined myself and husband at our table for dinner.The conversations were exciting. My husband works for Boeing so Tom and him had many issues to debate and discuss. Tom has been a friend via Suzanne for 10 years. Suzanne and family have been my friends for 30 years. Tom fit right in and will seriously be missed by ALL.. He was loved and respected by many. My husband and I are Motorcycle Riders so we understood his passion for freedom.... I am in the medical field so we had many Nurse /Doctor debates.... I am saddened by his sudden much unexpected passing. We all had dinner a month ago at is favorite Pub McQuires My sincere condolences to his family you were blessed to have him. Respectfully John and Kathy"

"My sincere condolences to the family of Dr. William T. McClellan"