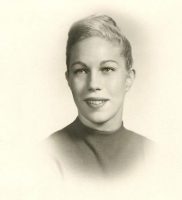 Lila joined the Young and Young law firm in their very successful civil law practice. One of the firm's particularly noteworthy cases in which Lila participated resulted in the Indiana Supreme Court voiding the then existing rule on waiver of sovereign immunity. Lila also briefed and
argued cases before the United States Court of Appeals for the Seventh Circuit.

In 1973 Lila began working for McTurnan, Meyer and Cadwell, which represented the Indianapolis School Board. The Board was involved in a complex First Amendment claim. Impressed by Lila's legal analysis, Larry McTurnan asked Lila to brief and argue the matter before the United States Supreme Court. It is said that she was the first woman to argue a civil
case in that court.

While continuing her private practice, Lila also served as an Administrative Law Judge for the
Public Service Commission of Indiana between 1972 and 1983. Additionally, she taught Legal Research and Writing at her alma mater in 1972 and 1974. In 1978 she was appointed the first female faculty member at Indiana University Law School, teaching Torts, Civil Procedure and Civil Litigation. Ever popular with her students, Lila received multiple accolades and awards
from them.

Lila returned to private sector with the very fine Indianapolis firm of Ward and Ward. Here she happily continued her civil litigation work with her dear friend, Don Ward, until she retired from active practice in 2000.

Lila and Tom had divorced in 1977. In 1983 Lila met Jerry Cornell, who was very creative in wooing the reluctant Lila. They were married May 20, 1984, and enjoyed a truly blessed and happy life until Jerry's sudden death in 2000. Lila was bereft and never stopped grieving this loss.

Always an animal lover: if an abandoned or stray dog crossed her path, Lila would shelter it until she found it a home. Sometimes she would have as many as four dogs simultaneously. In later years she learned to love cats, something she had never expected to do. Finally, Lila was fascinated with elephants. For several years, as a birthday gift, Jerry "adopted" an elephant at the Indianapolis Zoo. Lila delighted in feeding and handling Seta, her very own elephant.

Lila is survived by her twin, Lita Lee Flinn, and her husband, John Flinn, and their twins, Veronica Presnell and Sean Flinn.

All who knew Lila will miss her kindness, compassion, and quick mind. None will forget the
chortle in her laughter and her care for her friends.

Those friends may gather at Leppert's Nora Mortuary, 740 East 86th Street, Indianapolis at 11:00 on Tuesday, February 16, 2016. A very special friend, Pastor William Groeneveld, will conduct a Memorial Service at noon, with a luncheon to follow at Lila's home.

In lieu of flowers, contributions may be sent in Lila's memory to the charity of your choice, to Sheltering Wings Center for Women, or to the Indianapolis Zoo.

"I had the privilege of serving with Lila on the Indiana State Board of Law Examiners for 10 years. During that time I grew fond of Lila. Her quick wit and tremendous intellect allowed for many spirited discussions! My love and respect for Lila grew immeasurably when she stood by me during the severe accident, brief illness, and death of my husband of five very short months! I will never forget her daily calls to the critical care unit, and her love and support after I returned from Atlanta, the site of the accident. Lila's strength was a real demonstration of solid common sense, courage, and tenacity. I can honestly say that I am a better person today because of her special brand of care. We never got to have that "lunch" with Mary Godsey after Lila retired. I just hope that Lila knew how much I treasured her! I am tearful this morning at her loss. I wanted very much to attend the calling today, but am unable to get away from work. Lila I am praying for the sweet repose of your kind soul....until we meet again! Marya "