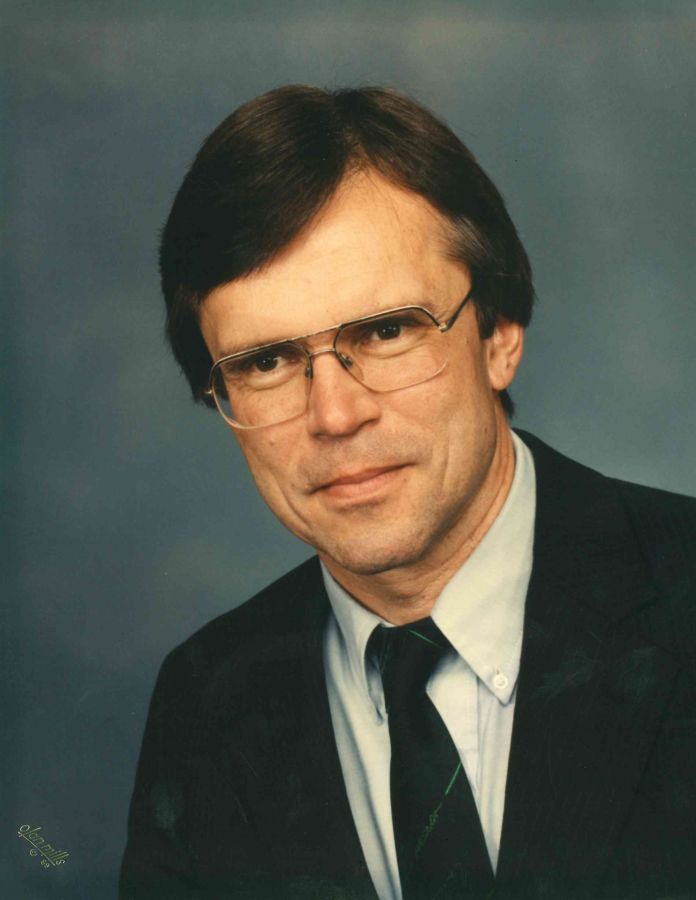 Edwin "Ed" Vedejs suddenly passed away at home with his wife by his side on December 2, 2017. He was born in Riga, Latvia on January 31,1941, to Velta (Robeznieks) and Nikolajs Vedejs. As a World War II refugee, he lived for six years in displaced persons camps in Germany before emigrating to the US in 1950. His family settled in Grand Rapids, MI near relatives and Latvian community. Edwin received his Ph.D. in Chemistry from UW-Madison and completed a post-doctoral fellowship at Harvard with a professor who was to receive a Nobel Prize. He returned to become a professor of organic chemistry at UW-Madison for 30 years and UM-Ann Arbor for 15 years. He was an internationally known scholar and prolific author publishing and editing hundreds of papers and books. He was the recipient of the Moses Gomberg Collegiate Professor of Chemistry Chair and in turn the Edwin Vedejs Collegiate Professor of Chemistry Chair was established in his honor. The American Chemical Society awarded him the Herbert C. Brown Medal in 2004 and selected him as a Fellow in 2008. While he received numerous honors for his scientific excellence and service, he was most appreciated for his teaching and devotion to mentoring scores of graduate students and younger colleagues. Ed had an abiding commitment to Latvia. He worked tirelessly to help promote its sciences by sponsoring many graduate students and professors to study at UW, coordinating access to journals, collaborating on grants and for volunteering to teach at Riga Technical Institute. For his efforts he received many honors including the national service award, Order of the Three Stars, as did his grandfather decades earlier. Ed also reclaimed his family's ancestral home in Cesis which he passionately and meticulously renovated. He treasured having visitors to this home, proudly sharing the complex history of the home and homeland. Ed's keen intellect and wide range of interests led to rich conversation and laughter. He appreciated the arts playing classical guitar and listening to classical works which he knew by heart. He was deeply touched and inspired by the beauty of nature. Skiing, camping and biking were enjoyed, especially if done with family. Travels around the world with his wife were of special pleasure. Ed loved life and approached his future with peace knowing he had had a good and meaningful life. Ed was a family man, a loyal husband, proud father, brother and cousin who was compelled to help however he could. He was a truly good man who will be forever loved and missed.

A celebration of Ed's life's will be held at 11:00 A.M., Saturday, December 16, 2017, at Cress Funeral Home; 3610 Speedway Road; Madison. Family and friends are invited to share memories of Ed at that time and/or at wwwCressFuneralService.com. Family will welcome friends beginning at 9:00 A.M. Donations may be made to the organization of your choice or to the family c/o Cress Funeral Home. The family will forward donations to the Riga Technical Institute.

"I was very saddened to hear of the passing of Professor Vedejs. I first met Ed when he was an outstanding chemistry consultant for the Upjohn company. I re-conneted with him several years later as a graduate student at the University of Michigan. He served as a member of my thesis committee, and became one of my most trusted advisors during my thesis. Ed had such a unique way at saving complex chemical questions and always made me appreciate how to simply the problems. His impact on the chemistry community went far beyond the students in his group and his classes. He was a true gentleman scholar."

"I am so sorry to hear of Ed's passing. He was inspirational to me during my time as one of his graduate students at UM. His energy, enthusiasm, and eagerness to tackle problems was contagious as was his love of chemistry. He encouraged me to do my best, to work on my weaknesses, and to always ask questions! He was a great mentor and will be missed!"

"I had the great fortune to work in the Vedejs group as an NIH Postdoctoral Fellow. I followed Ed's brilliant work on thioaldehydes and made this the topic of my literature seminar during my graduate work at the University of Michigan. This led to me contacting Ed about a post-doc in Madison. He was gracious and accommodating in having me come on board. The research group was amazing, a true reflection of Ed's impact. My fond memories of Ed will be many, especially how inspirational and knowledgeable he was to us all. Scott L. Dax"

"When I first met Ed as a graduate student, I was a little intimidated. Little did I know what a sense of humor he had. My favorite memory is the time he and I were both making slides the old-fashioned way. Mine were for my seminar, and his were for a conference. He ended up with my last slide on his reel. It was a smiley face. He brought it to me and said "I presume this is yours" with a very subtle little smile. He will be greatly missed."

"Ed and I had adjacent benches in the Muxfeldt lab so I knew how informed and dedicated he was. So, soon after he joined Wisconsin faculty, I got him a consultantcy at Upjohn where he soon became one of the favorites; always up to date and full of ideas. We will miss him as chemist and friend. V"

"During my graduate studies at U of Wisconsin - Madison I was lucky to have many good interactions with Professor Vedejs both in and out of class. He was part of my thesis committee and one of my references for job searches.I am also glad I was able to become better friends with him later when he consulted for Upjohn process chemistry for many years and I remember fondly our interactions at conference tables and on tennis courts. He happily agreed to write supporting letters for various nominations I made for American Chemical Society awards. He was a top quality chemist, educator and man."

"Learning of the passing of my research advisor has left me with a heavy heart. Ed was among a small group of individuals that deeply influenced my life. I will miss our conversations and his sense of humor. Most of all, I will never forget the day that I spoke with him about leaving the PhD program. That day Ed and I shared with each other immense feelings and emotions that each of us had been carrying. Ed possessed a deep wealth of empathy and compassion and I feel so lucky to have experienced it. I will miss him. "

"Ed was one of the truly great thinkers as well as well as being a great man. The world suffers from this premature loss."

"I was fortunate to work with Prof Vedejs teaching chemistry lab courses here at UM. I found him to be thorough, engaged, interesting, and delightful to be around. The world is a better place for him having been here."

"I am sorry to hear of Ed's passing. I have fond memories of being a TA for his class when I was in graduate school."