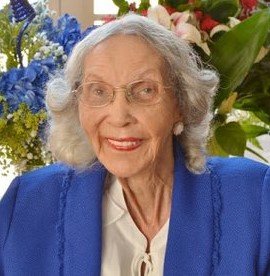 In celebration of the life and love for Mrs. Parie Burton Banks

At the age of 5, her family relocated to Indianapolis, Indiana where she attended the public schools. After high school she received a teacher's training certificate from Indiana Central Teachers College and became a substitute teacher until World War II. During World War II she worked as a topographic draftsman and later continued her education at a business college.

At the age of 17, Parie joined Phillips Temple C.M.E. church where she became the church organist and assistant for Rev. Herbert Lee Burton as the church secretary where she worked 4-5 days at the parsonage. She provided church bulletins and financial statements for each month.

She became the senior choir pipe organist and provided all music for the Sunday services that took place at Phillips Temple Church which included all three Sunday services and special events such as weddings, funerals and teas. She served as coordinator for vacation bible school. She provided the written presentations for the delegates to present at annual church conferences. Later she became the organist for Rev. Oliver Dewayne Walker. Phillips Temple was the largest C.M.E. church at that time. Her Sundays consisted of Sunday School and preparing for church services.


She was employed by the State of Indiana where her duties were training employees on the key punch machines. Upon this retirement she continued to use her musical skills accompanying the choir at the Edna Martin Center. They traveled throughout the state performing.

Mrs. Banks loved and enjoyed playing Bingo and Pacino at the Edna Martin Center. She would lay out four or five bingo cards at a time. Whenever she won can goods, which was often when playing Bingo, she would distribute them to her neighbors, which she always enjoyed. When she could, she would send ten dollars in cards throughout the years to assist some of her other friends.

Throughout her life she really enjoyed helping others. She purchased an entire wardrobe for a college-bound member of the church and took the money she made from working at Phillips to provide other items for her.

Although she wasn't trained she would give her neighbor who lived across the street, her insulin shots due to her being blind. Parie also prepared her meals. She would always tell Parie how grateful she was to have such a wonderful neighbor and friend.

Parie also ran errands for another good friend and took her to places to pay her bills. Every year her friend's carpets were cleaned by Sears compliments of Parie.

She transported people to doctors' appointments, stores, etc. She always did things for underprivileged children, providing clothes and whatever they needed and kept it a secret. When her children were in school, she volunteered for all field trips and school activities and was very active in PTA.

After her retirement, she volunteered to play part-time for small churches throughout the city.

In 2009 Parie, returned to Atlanta, Georgia to live with her daughter, Corliss. Shortly after moving to Atlanta she volunteered to work with cousins Joanne and Alton Trawick. Her job at Aularale Cosmetics was placing labels on lipstick tubes, compacts and other products. She also assisted with their newsletter. She worked four days a week, four hours each day. Afterwards she and Vera, her cousin, spent the rest of the day having lunch and driving around Atlanta sightseeing.

While her presence we no longer see, the fragrance of her life lives on in our hearts.

"I grew up at Phillips Temple Church and I remember Mrs Parie Lee so well. She could really play the organ. She and my grandmother Canilla Dixon and my mom Mary Eans were all good friends. It?s been years since I?ve seen Corliss and Stephen. I would love to see them. I am so sad to hear their mother passed away. She was a beautiful person. No one could ever play the organ like Mrs Burton. "