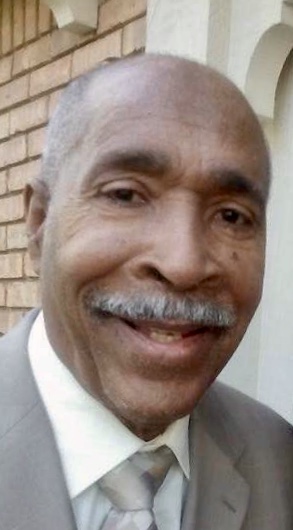 After completing his education at Round Hill School, he later moved to Indianapolis Indiana to be with his eldest sister and brother, Laura and Owen. He lived with his sister, Laura. Upon his arrival in Indianapolis, he was employed at the very popular Sam's Subway Restaurant on North Meridian Street. Matthew met the love of his life, Donna L. Franklin, and they were married August 8, 1960. To this union four children were born: Tracy Charles, Danielle Teresa, Steven Oliver, and Stephanie Nicole. In Indianapolis he joined Christ Temple Apostolic Church.

Matthew always enjoyed sports. He liked the Indianapolis Colts and the Indiana Pacers. As a youth, he enjoyed playing baseball with his siblings on the farm. He was an adventurous child. Some of his adventures could surely be attributed to his twin sister, Annie Lucille.

Matthew was a special man in so many ways. He was well known for being an expert dresser resulting in his stylish appearance. He enjoyed painting and was an expert interior and exterior painter. He also possessed many talents. He could imitate boxing legend Muhammad Ali excellently. He took great delight in this skill. Matthew was also proud of President Barack Obama and would always be found with his President Obama hat on. He loved to stop and pick up pennies that others would overlook and say "pennies make dollars". He also enjoyed listening to B.B. King.

Matthew was a loving son, husband, brother, and father. He was humble and kind to everyone. He loved his family and his hometown of Lynnville, Tennessee. He always greeted you with a smile and a wave. Matthew never complained and confirmed his faith by always saying "God's been good to me".

"I will miss our frequent talks and how upbeat you always were in spite of illness. I will also miss that little peace of Cille you always brought to mind. My sincere condolences and love to the Cox children and the entire family. "

"I will never forget seeing Mr. Cox in the rehabilitation facility cafeteria while there with my husband. I immediately knew he was a Cox. His smile lit up the room. We would look for each other when I was there for meal times. The absolute sweetest soul. He stole my heart immediately. Love and Prayers to Tracy and the family in your loss. Cathy, Jim and Amira Morgan"

"I am so grateful for the Last Family Reunion I was able To Attend because I have so many good memories.I Remember holding his hand, kiss on forehead and most of all That big smile that was just apart of who he was. I have Peace in knowing there is another angel to watch over me and there is no more Sickness he has to endure we will miss him and The family will continue to be in our prayers ThanK You Stephanie for Letting me talk to him and Letting him know he was Loved dearly. Sincerely, Danny and Pat william, Jay and Troy"

"Praying for the Cox family . Praying that God gives you all strength . Love you all . "

"You will be dearly missed uncle Matthew, your niece and family in California. We love you."

"My heart goes out to the Cox family. You ALL will be in my thoughts and prayers. "

"You always let me know I was loved. Your smile, hugs and hand holding were always cherished. I don?t think there is a man alive with your sweet spirit. I can?t believe you are gone but I?m glad you are now smiling in Heaven with all our loved ones. Love you !?"

"I'm going to miss you Daddy"