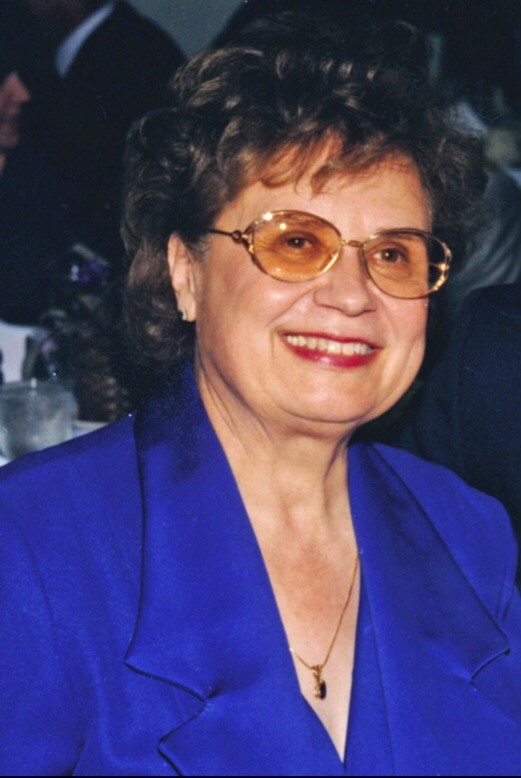 Pauline Joan Trewartha, 84, found peace and comfort with her Savior August 9, 2019. She was born in Sault Ste Marie, Michigan on Sept 21st 1934 to Paul and Lillian Baumler. Pauline graduated from Iron River High School in 1953. She attended the University of Michigan before marrying Bruce Trewartha, her high school sweetheart, in 1955. Pauline and Bruce observed their 64th wedding anniversary on July 16th, 2019. After marrying, Pauline and Bruce lived in Milwaukee WI, Indianapolis IN and Troy MI. While in Troy, Pauline was very active in Republican politics and served as president of the Birmingham Republican Women's Club for several years. She received various commendations for her work. In retirement, Pauline and Bruce moved to Zionsville IN to be near family.

A lifelong devoted Christian, Pauline's primary focus was always on faith and family. She was a loving wife, mother, grandmother and great-grandmother. She was blessed with a large loving and devoted family and extended family.
Pauline's hobbies included doll collecting, a passion she inherited from her mother. She also enjoyed reading and traveling. She and Bruce made many wonderful memories together traveling the world.
Pauline is survived by her husband Bruce, brothers Gary and Dale (Millie) Baumler, children Karen (Steve) Manges, Kathy (Dave) Robbins, Kevin (Debalyn) Trewartha, Kurt (Sue) Trewartha, 11 grandchildren, 11 great-grandchildren, nieces and nephews. She is preceded in death by sister-in-law Kathy (Gary) Baumler.

Visitation will be held at Epiphany Evangelical Lutheran Church, 15605 Ditch Rd, Westfield IN 46074 on Saturday August 17th starting at 9:00am followed by the service at 11:00am. A reception after the service will be followed by a 1:00pm processional to the interment at Crown Hill Cemetery.

In lieu of flowers, memorial donations may be made in her name to the Epiphany Evangelical Lutheran Church Seminary Scholarship Fund.

"This message is for Kurt Trewartha: I am so sorry to hear of the passing of your mother. We received the message of her demise late because of moving to Crosby, Texas. Would love to speak with you. Norm Wilkens"