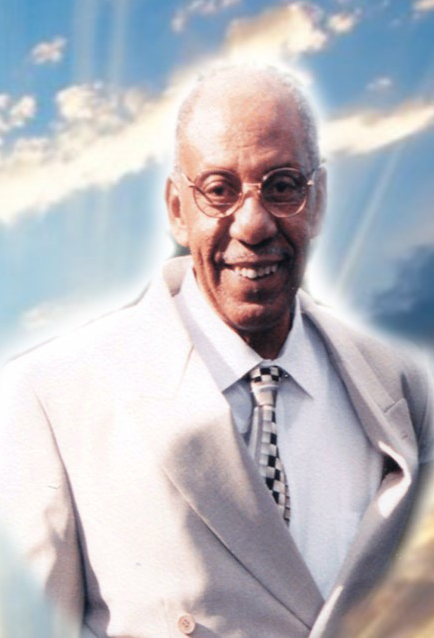 Harold "SuperRat" "Rat" Ratcliff transitioned into his eternal home on Saturday, August 31, 2019 at 7:55 PM. Harold was born October 21, 1936 to the late Presiding Elder Ford Ratcliff and Margie Murray Ratcliff. Harold was the last of six children born to this union.
Harold attended New Orleans Parish Public Schools including Booker T. Washington High School and graduated from McDonogh #35. After high school, Harold served in the Air Force from 1956 to 1960 and received his honorable discharge. Harold was employed for many years at his father's service stations as a mechanic. He was great at repairing cars and managing the station. He married Lillian Robinson Ratcliff. To this union, one daughter, Nena Laurene Ratcliff, was born. Harold loved music, especially jazz, swimming, boating, fishing, and water skiing. He often gathered the family children for outings and lessons at the New Orleans lakefront.
In 1968, he re-located to Indianapolis to advance his career. He was employed at the General Motors Plant. He married Dorothy Pitts Ratcliff and to this union Bernice Charlene Ratcliff was born. He became Inspector at the plant with Local 23 UAW. He became an avid bowler often playing in tournaments in the Indy area. A fun loving and easy going spirit; Harold was a people person and made friends easily. Because of his dedication to the job, his work ethic and a series of events, he earned the nickname, "SuperRat". Harold married Gabrielle Duncan Ratcliff and to this union was born Harold Ford Ratcliff. He eventually joined American Legion Post 249 where his circle of friends increased.
Harold was a devoted father and grandfather, loving family member and a reliable friend. He enjoyed spending time with family and friends. "SuperRat" was an avid photographer usually found behind the camera, seldom in front. Although relocated from New Orleans, he became and remained a loyal Saints football fan.
Harold was raised in a Christian family and accepted Christ at an early age. In Indianapolis, he united with Campbell Chapel A.M.E. Zion Church. At Campbell, he dutifully served on the Trustee Board. His heart and love has always been with "Zion".
Harold is preceded in death by his parents; siblings: Ford Ratcliff, Jr., Mary Ratcliff Henry, Frederick Ratcliff; former wives: Lillian R. Ratcliff and Dorothy P. Ratcliff and a host of other relatives.
He leaves to love and cherish his memories: children: Nena Wise (Claude Sr.), Charlene Ratcliff, Harold Ford Ratcliff (Emily); six (6) grandchildren: Bernard Burton (Rachel), Jasmin Green, Yasmeen Dixon, Claude Wise Jr., Rayzgene Sansbury and Dominic Ratcliff; two (2) sisters: Ethel R. Jefferson and Thelma R. Robinson; godchild: Keyona Scott and a host of nephews, nieces, cousins, other family and friends.

"Death leaves broken hearts no one can heal but it also leaves memories no one can steal. We'll miss you Uncle Harold but we know God is too wise to ever make a mistake and Earth's loss is Heaven's gain. Condolences to the entire Family in this of Sorrow. Carolyn Gaines Ellzey San Jose, California"

"Praying that you all remember all that was good about your individual times as well as collectively with your loved one. Safe travels Connie Bouligny New Orleans, LA"