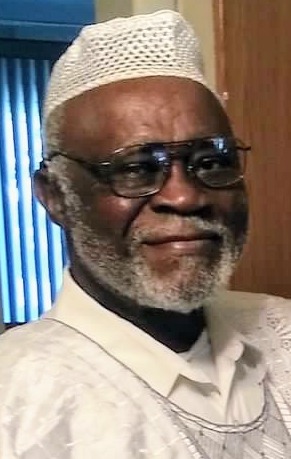 From the time he was a child, Jonathan was a hard worker who was passionate about education. His early life in Sierra Leone, West Africa was filled with learning the value of hard work by cleaning his home and cultivating a variety of tropical trees and fruits on the farm. Early in life, he moved from his village of Taninahan to Yoyema where his teachers and headmasters inspired him to learn. While at EUB Yoyema School, his passion for helping students started and as the school monitor, he began mentoring students.

His education continued at the E.C.B. School at Moyamba and the Seventh Day Adventist School while being cared for by family such as James Abu and Moses Moisah Kamanda. In 1956 to 1957, he went to Teacher Training College for his teacher's certificate at Fourah Bay College - University of Durham and thereafter became a full-fledged teacher at Tiama Central School. Later, he was promoted to start the Tiama Secondary School.

With a thirst for knowledge, he was granted a scholarship to attend Fourah Bay College - University of Durham where he received his Bachelor of Arts. He later became a lecturer at Freetown Teachers College and was a post-secondary school teacher of English and Geography at Prince of Wales and St. Edwards Secondary Schools.

As a freelance journalist under the name "Lance Spearman", Dr. Jonathan Lengar enjoyed expressing his thoughts not only about his surroundings, but also the political climate affecting his country, Sierra Leone. However, everyone was not receptive to his writings for political change and in 1967 and 1968, he was put into a detention prison for political oppression for three months and six months, respectively. He vividly recalled spending Christmas and New Years behind iron bars when discussing this time period.


His life changed dramatically when he married Jane Lengar in 1973 and shortly thereafter came to the United States to attend Ball State University in Indiana. He attained both his masters and doctorate degrees in Educational Administration and Psychology.

Throughout his life and in his writings, Dr. Jonathan Lengar recounted numerous achievements as a loving father, husband and professional. Professionally, Dr. Jonathan Lengar served as a long-time professor at various colleges and universities such as Butler, IUPUI and Concordia. He went on to retire after many years of service as an administrator, principal, and counselor in the Indianapolis Public Schools (IPS) district. However, near and dear to his heart was his early work with special needs and autistic individuals. For over 14 years, he exemplified and demanded that all people be treated with respect, dignity, fairness, and love. As a God-fearing husband and father, he led with love, disciplined with a smile, and showed his family that hard work, education, positivity and love can open up many doors in life.

Lastly, Dr. Jonathan Lengar shall be dearly remembered for his speaking engagements, lessons and teachings, prayers, love for God, Africa, his country-Sierra Leone and its culture, and his dedication to uplift people and communities throughout the world. He was a founding member of the Organization for Sierra Leoneans in Indiana and served as a board member to many organizations. He was also a long-time member of North United Methodist Church. Affectionately known as" Teacher", he leaves behind a legacy that will forever live on through the children, grandchildren, students, friends, families, and communities he touched and served.