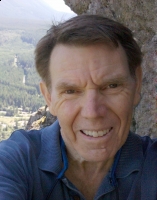 Steve Melton was called suddenly home to rest on Monday, September 6th after a brief but brave fight against Leukemia. He was surrounded by his many loved ones when he passed.


Steve is survived by his children, Anne (Mike) Brown, and their two children Ronan and Reece of Everett, Kelly Melton of Bellevue, Matthew Melton of Bothell, and their mother, Judy Melton, also of Bothell. He is also survived by his mother, Letha Melton, sister Barbara (Bob) Peregoy, and nephews Stephen and William, all of Spokane. (new paragraph) Steve was an alumnus of Eastern Washington University, 1973, with a degree in Communications and went to work in Spokane for American Bankers Life. He and Judy moved to Woodinville, WA, in 1977 to work for Blue Cross of WA/AK. Steve started States West Life (now called LifeWise) in 1981 and turned it into a highly respected life and disability carrier in the Northwest. He retired from the Premera family of companies in 2007. One of his many professional pursuits was serving as a member of the Board of Directors for Senior Services of Seattle.


Steve was born and raised in Spokane where he pursued his passions of waterskiing, snow skiing, and climbing. Steve became a ski instructor at Mt. Spokane and followed this passion to Stevens Pass. Steve continued teaching lessons at Stevens until last season, earning his 40 year pin from PSIA. Steve always enjoyed exploring new ski areas. He also loved to travel and shared his love of sailing, and SCUBA diving with his family and friends. One of his favorite places to dive was Maui.