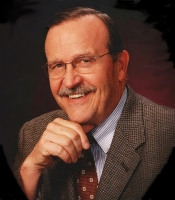 Howard W. Stoll, M.D., 70, a distinguished local physician, passed away at home on November 10 surrounded by friends and family. Married to Sharen Stoll, the love of his life for 38 years, he led a life of devotion as a husband, father, grandfather, and servant of God. A lover of nature and humanity, he sought out the sublime in life and effortlessly inspired others to join him.

Following his internship at King County Hospital in Seattle in 1966, he joined the US Navy and was commissioned as a lieutenant. His service included a tour of Vietnam, and he was awarded a Navy Commendation Medal with Valor for combat. His commendation noted that he, "and his small Medical Department provided superior medical care to the 700 men of the Battalion, working under arduous and difficult conditions." The commendation also detailed Dr. Stoll's efforts in combating the serious tuberculosis problem in Vietnam and in establishing post-treatment out-patient facilities at the remote outpost of Khe Sanh.

"Our thoughts are with you and your whole family, Barb. "

"With sadness I received the news of Howard's passing. I graduated with Howard and Henry from West High class of 1957"