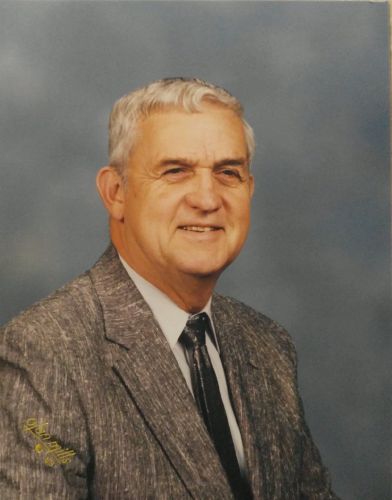 David was born to Dan, Sr., and Hilda Bales on July 13, 1932, in Klickitat, Washington, the middle child of seven. He spent his school-age years in Klickitat before leaving for college.

David married Darlyne Pagel in March 1953 and revered her throughout their 63 years of marriage. Together, they valued their faith and were active participants in church, serving in a variety of roles and instilling a strong foundation in each of their children.

David graduated with a BA in 1953 from Central Washington University, with a DDS in 1957 from the UW, and with an MSD in 1972 from Indiana University. David was a respected dentist, retiring as a Colonel from the Air Force after 22 years of distinguished service in 1983. He held faculty appointments at the University of Texas (1968-69, 1974-83) and at the University of Washington (1983-2008). He received multiple awards and commendations throughout his careers in the Air Force and at the UW. As an officer, David was recognized as a National Civilian Consultant in Operative Dentistry and Dental Materials to the United States Air Force Surgeon General (1987-1991) and served as the Director of Dental Services (1980-83) at the Wilford Hall USAF Medical Center. As a professor, David directed the general dentistry residency training program at the UW from 1974-1980 and chaired the Department of Restorative Dentistry from 1983-1993. He received the ASDA Outstanding Faculty Award in 2000 and induction into OKU in 1987. In 1992, he received the UW Dental Alumni Association's Distinguished Alumnus Award. David also enjoyed national stature as an active researcher and contributor to textbooks and journals. He served as the editor of the Journal of Operative Dentistry from 1986 -1992. His outstanding record as a clinician was recognized in 1994 with the Award of Excellence from the Academy of Operative Dentistry.

David is survived by his devoted wife, Darlyne, and their children Jeff, Diantha, Jamie, and Darice; by his brother John and sister Nancy; and by their 9 grandchildren and one great-grandchild.

David is preceded in death by his parents Dan, Sr., and Hilda; brothers Richard, Dan, Jr., & James; sister Dorothy; and by his son, Damon.

A service will be held at 11am on Wednesday, March 23, 2016, at his church of membership, All Saints Lutheran Church, at 5501 148th Ave NE, Bellevue, 98007. Refreshments will be provided following the service. A private burial will be held at the Cedar Lawns Cemetery in Redmond.

In lieu of flowers, the family requests donations be made in David's name to the UW Dental Alumni Endowed Student Scholarship Fund at https://www.washington.edu/giving/make-a-gift/?source_typ=3&source=densch . Checks may be mailed to UW School of Dentistry, Box 357137, Seattle, WA 98195-7137, payable to UW Foundation, with "In Memory of Dr. Bales" as the note.

"Just learned about the passing of a wonderful man who was an awesome supervisor. Prayers are with his family. Dee Dee Millican, San Antonio TX "

"We are most thankful for the great care and concern of Dave and Darlyne throughout the course of our ministry here at All Saints Lutheran Church, Bellevue. All the years that we have known them we love their faith and their grace! "

"Dr. Bales served with distinction during his military career and as a dental educator. It was a distinct pleasure and honor to work with such a practical, fair-minded individual who had a keen appreciation of the needs of his students, faculty, school, and the needs of the public for quality dental services. His family can be proud of his legacy and the positive impact he had on dental education in the State of Washington."

"I love you, Dad. We will take good care of mom, so you can rest in peace. Jamie"

"A wonderful man who was faithful to his family, church and his profession. He was my friend and mentor. Ed Gordon"

"We remember with gratitude all the wonderful things that Dave and Darlyne have done for the Kingdom at Mt. Olive in San Antonio. Eldor is remembering all the great suggestions that Dave made to improve the Sunday School at Mt. Olive to further the Kingdom. We remember with fondness our friendship and camaraderie. At this time especially, remember Jesus' resurrection and the comfort it brings. Know that you continue to be in our thoughts and prayers. So sorry the miles are between us. With Love and sympathy, Pastor Eldor and Maria Mickan"

"Our thoughts and prayers are with you, Darlyne, as well as with .all your family. Special regards to Jeff for his devotion to caring for Dave and Darlyne. Harold and Marian Berkeland"