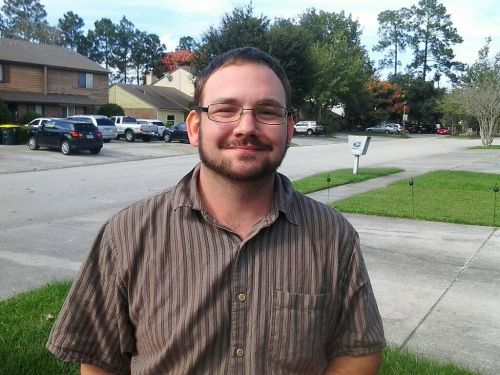 Anthony "Tony" Lee Tate II, of Gainesville, FL left this world on May 23, 2016 at the young age of 32 in the sunny town of Sarasota, Florida. He joins his father Anthony Lee Tate and grandfather Professor Richard Haynes of the University of Florida. After attending honors classes at Eastside High School, Tony graduated from Edison College with an Associate of Arts degree. He went on to trade school where he studied engineering and became a Turbine Mechanic. He enjoyed traveling the United States, and abroad, working on the power stations which bring light and modern convenience to millions of people. Tony enjoyed good company and listening to music of all genres. Tony always knew how to make light of a situation and bring a smile to the faces of those around him. He is succeeded by his mother Angela McCarty, brother Austin M. MCCarty, sisters Sarina Tate-Hay, Christina Tate, Cassandra Tate and Jessica Tate.
He left this earth well before his time, but has found a place in many out hearts forever and never will be forgotten. A private service is planed for the family.

"Im thinking of you and missing you so very much little brother!!! "

"I lost my only little brother. So many memories......I love you so very much and you were too damn young. I'm at a loss of words (almost) I hope you're at peace, and you better watch over your 2 fave sisters. "

"Tony, I don't know what to say except I thought we'd always be part of each others lives. I hope you find what you've been looking for and are at peace at last."

"Tony, you were my best friend. I will miss you, and would give anything to have been able to go fishing with you last Sunday. May you rest in peace. Tom"

"Tony I always felt so lucky when you called me to talk about your life. Your intelligence and gentle nature made me proud to be your Aunt!"