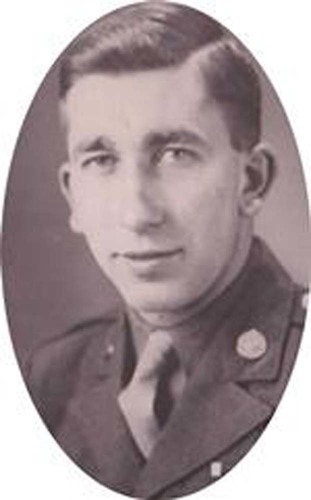 ROCHESTER - Melvin H. Betcher, 89, died Friday, June 11, 2010 at Samaritan Bethany Home on 8th in Rochester. Melvin was born in Pleasant Grove, MN on December 28, 1920 to Henry and Louise (Matzke) Betcher. He was a member of the 8th Air Force of the U.S. Army Air Force from 1942 to 1945. Melvin married Bernadine "Betty" Bernard on March 1, 1946 in Rochester. He worked at O.A. Stocke Co. for 27 years. Melvin was a member of the Carpenter's Union since 1946, Trinity Lutheran Church, Rochester Senior Citizens, and the Rochester Carver's Club. Melvin is survived by his wife of 64 years, Bernadine; two children, Julene Betcher, of Las Vegas, NV, and Curtis (Kimberly) Betcher, of Auburn, CA; and two grandchildren, Steven and Samantha Betcher.Melvin is preceded in death by his parents; three sisters and three brothers.A Funeral Service will be held at 11:00 A.M. on Wednesday, June 16, 2010 at Trinity Lutheran Church, 222 6th Avenue SW, with Rev. Matthew Lehman officiating. Visitation will be from 4-7 P.M. on Tuesday, June 15, 2010 at the Ranfranz and Vine Funeral Home and an hour prior to the service at church. Interment will be at Oakwood Cemetery in Rochester. Memorials can be directed to a charity of your choice.