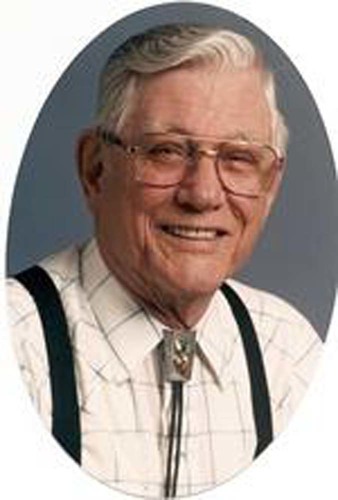 Rochester- Memorial services for Frank B. Devine, age 92, who died at St. Marys Hospital on August 30, 2010, will be held at 1:30 p.m. Friday, September 3rd at Ranfranz and Vine Funeral Homes Chapel. Burial will be in Fort Snelling National Cemetery at a later date. Memorials are requested to Donors Choice. Visitation will be from 12:30 p.m. on Friday until the time of service.Frank was born in St Paul, Minnesota on August 20, 1918 and was one of seven children. He graduated from De La Salle High School in Minneapolis and attended business college. He served in the US Navy during WWII.He married Lorraine Maxine Jernell in Minneapolis on August 23, 1941. Frank worked as an accountant in Winona, MN until 1968 when he, his wife and three youngest children relocated to Orange County, California. Frank continued his career as an accountant until retiring in 1983. Frank moved back to MN in 1994 and resided in Rochester where his youngest children also chose to live.He was a member of the SPEBSQSA (Barbershop harmony chorus/Quartets) in Winona and Orange County, California. In Rochester, Frank served as a contributing member of the Senior Citizens Center and was named Rochester Senior Citizen King in 2005. Frank is survived by a daughter, Cathy Devine of Byron, MN; sons, Mark Devine of Rochester, MN, Christopher Devine (Pam) of Rochester, MN, Richard Devine (Sheila) of New Bedford, MA, andMichael Devine (Mary) of Lawai, HI; 13 grandchildren and 2 step-grandchildren; and 13 great grandchildren and 1 step-great grandchild.He was preceded in death by his wife, Lorraine (1993), a daughter; Mary Frances Klukow (1988) a grandson, Brian Devine (2005), and his siblings.Ranfranz and Vine Funeral Homes, 5421 Royal Place NW, Rochester, MN 55901 (507) 289-3600 www.ranfranzandvinefh.com

"One of my fondest memories of growing up in the 60's was that of my wonderful Godparents the Devines. They were some of the kindest and warmest people I've ever known and it saddened me when they moved to CA in 1968. It's been over 40 years since I've seen them but the memory of them still lives with me to this day. To the Devine family my deepest condolences and prayers will be with you."

"Bill and Lisa want to express our prayers and thoughts to the Devine family during this transition. Being a very close friend of son Mark - and brothers - our thoughts are with you during this difficult time. It was a pleasure meeting your father in recent years; I am comforted he is now at peace. No one can stop time, but somehow time remdies todays' sorrow for tomorrows' contentment. Peace."

"I know for certain that we never lose the people we love, even to death. They continue to participate in every act, thought and decision we make. Their love leaves an indelible imprint in our memories. We find comfort in knowing that our lives have been enriched by having shared their love.Uncle Frank will always have a piece of my heart, and I will cherish my memories.My love to the entire Devine family.Billy and Michelle"