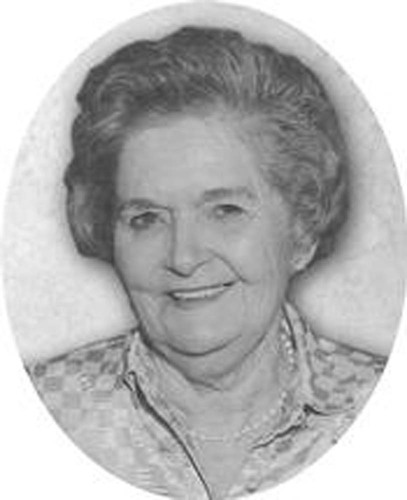 ROCHESTER - Hazel Katherine Wilson, 90, of Rochester went home to be with the Lord on March 16, 2011. She was a resident of Sunrise Cottages of Rochester.She was born Hazel Katherine Allison in Waco, TX on November 22, 1920. For all of her life, Hazel, was proud of her Texas heritage and Southern roots that were so evident in her soft Southern drawl. The epitome of Southern grace, charm and gentility, her life revolved around her children.Hazel received her degree in Elementary Education from Texas Women's College in Denton, TX and ENMU in Portales, NM. During her career she taught in Ocala, FL; Silver Springs, MD; Clovis, NM; Victoria, TX and Goppingen, Germany. After her retirement in 1975 Hazel moved to Flagler Beach, FL where she met Aubrey Wilson and in 1980 they were married. She continued her active social and civic life by holding the office of President of The Flagler Beach Woman's Club and Secretary of the United Methodist Women at the Methodist Church of Flagler Beach. She was member in good standing of the United Daughters of the Confederacy. She was a voracious reader and bridge player for most of her life and had a great love for her many pets.Hazel is survived by her children, Reginald R. (Beverly) Burch, Birmingham, AL; Cynthia A. Burch (Fred) Krueger, Rochester, MN; four step-children, Judy Short, Grand Prairie, TX; Tommy Wilson, Dublin, TX, Richard Wilson, Albany, TX and Don Wilson, Colorado; brother, James Roy Allison, Dallas, TX; granddaughter Brandy Burch Dewbre, Houston, TX; great grandchildren Alec Brian Dewbre and Jade Dewbre; along with several nieces, nephews. She was preceded in death by her husband, Aubrey L. Wilson; her father, Samuel Roy Allison, her mother, Ovie McDaniel Spencer, her step-father, Dr. Robert T. Spencer; and two sisters, Lanorie Allison, and Helen Ruth Allison.She was greatly loved and will be dearly missed. "Precious in the sight of the Lord is the death of one of his saints."Her children would like to express a heartfelt "Thank You" to Sunrise Cottages of Rochester and their wonderful staff who gave our mother 12 years of loving care.A graveside service will be held 2:00 pm Tuesday, March 22, 2011 at Oakwood Cemetery where Hazel will be laid to rest next to her husband, Aubrey. Celebrant will be Father John LaSuba. Arrangements entrusted to Ranfranz and Vine Funeral Home 5421 Royal Place NW, Rochester. www.ranfranzandvinefh. com