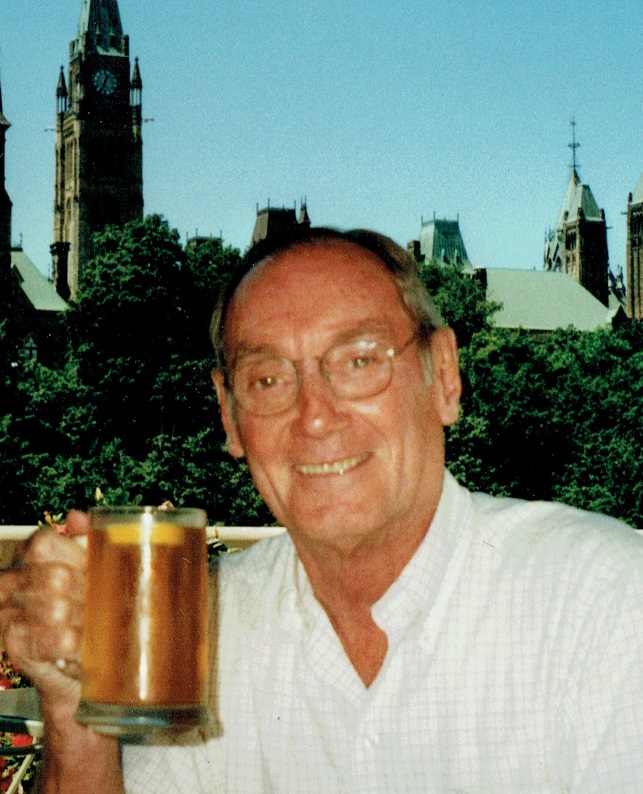 Paul Hollister Jordan, Jr., 88, of Kingston, N.Y. passed away on Friday, June 22, 2018 at Health Alliance Hospital - Broadway Campus in Kingston, peacefully, surrounded by his family.
He was born on May 20, 1930 in Syracuse, N.Y. and was the son of the late Paul and Muriel Bradley Jordan, Sr. He grew up in Watertown, N.Y. Paul was a graduate of Deerfield Academy, Deerfield, MA. and Yale University, New Haven, CT. He proudly served in the United States Navy during the Korean War.
His first job was working alongside his father in their family business- Bradley Hardware in Watertown, N.Y. In 1955, he arrived in Kingston, N.Y. to work for Herzog's Supply Company. This transition was intended to be a one-year position; however, 63 years later Paul retired as Executive Vice President of Herzog's Home & Paint Centers. Paul worked well into his eighties because of the joy he received working with his family and long time co-workers.
As a community minded person, Paul served as an officer of the Rotary Club of Kingston, TIDA Investment Club and Callabar Club. He was also a supporter of St. Joseph's RC Church.
In 1980 he married college sweetheart, Julie (Lee) Jordan of Litchfield, C.T. Together they enjoyed playing tennis, earning membership in the 3500 Hiking Club, frequent trips to New York City to enjoy Broadway shows and travelling the world for over 20 years. Throughout his life he cherished summer family vacations on Lake Chaumont in upstate New York while spending several weeks during the winter in Key West, Florida.
When asked by his grandchildren what he considered his greatest accomplishment in life, Paul responded, "raising my four children to be considerate adults with strong family values". He will be remembered as a true gentleman who was always friendly and kind. Every important decision he made in his life was dictated by the happiness of his family. His greatest joy was the pride he had in the accomplishments of his 13 grandchildren whether academically, athletically or personally.
He is survived by his four children; Elizabeth Jordan (Betsy), her husband Tom Polk and children Paul and Louise; David Jordan, his wife Claudia and children Thomas and Antonia; Bradley Jordan his wife Patricia and children Taylor and Bradley, Jr.; Todd Jordan his wife Julie and children Brent, Cole, Reid and Bailey. He is further survived by his sister Sarah Philips and husband Alfred, first wife Susan Herzog Jordan and three step-children Joyce Poole, Robert Poole and Virginia Poole, and their respective spouses Petter Granli, Gina Poole and John Rentzepis and three step-grandchildren. He is pre-deceased by his wife Julie (Lee) and sister Judith Minor and her husband William.
Paul H. Jordan will be cremated and a ceremony for immediate family will be held. There are no calling hours. In lieu of flowers, donations may be sent to Rotary Club of Kingston or a charity of your choice.
Please share a memory at www.Carrfh.com Arrangements entrusted to A. Carr & Son Funeral Home, 65 Lucas Ave, Kingston, NY 12401.

"I am so sorry to hear of the passing of Mr. Jordan. He was a great man and fantastic boss to work for. My sympathies to the Jordan Family. Ginny Kellar Bauer. "