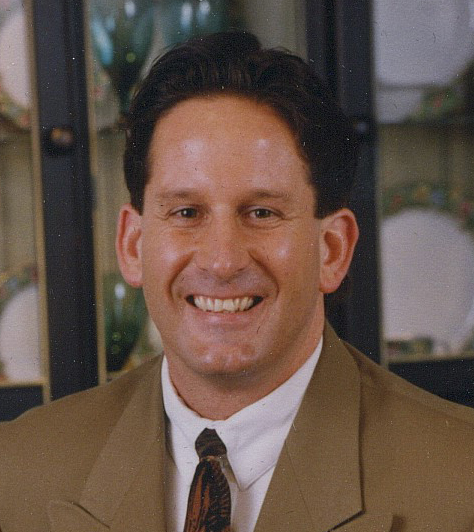 Mark Rustad, 64, passed peacefully in his sleep on October 4, 2018, at home in Surprise Lake Village in Milton, Washington. A celebration of life and traditional Viking funeral will be held at Surprise Lake on a yet to be determined date.

Mark Weston Rustad was born on January 19, 1954 at Group Health Capitol Hill in Seattle to Ormond Waston Rustad and Colette Marie Rustad (née Jacquemart). He excelled as a student and natural athlete from a young age, becoming a CYO All-Star at St. Bernadette's and winning a scholarship in religion. He was a 3 sport letterman at John F. Kennedy Catholic High School, where he graduated in 1972.

Mark then received a scholarship to the University of Puget Sound, where he attended college from 1972-73. Mark played semi-pro football with the Burien Flyers, going on to earn his degree in political science from Central Washington University with the class of 1977.

On December 10, 1976 at Fauntleroy Church in Seattle, Mark was united in marriage to Erin Gae Harkness. To this union were born two daughters, Chelsea Gae Rustad on May 28, 1982 and Kerry Lynn Rustad on April 14, 1985. His wife and children were the joy of his life, never failing to share with friends how proud he was of "his girls". Mark and Erin renewed their vows on their 40th wedding anniversary in 2016 during a special vacation to Puerto Vallarta, reaffirming their love and commitment to each other.

Mark enjoyed a successful 35 year career in retail furniture sales, throughout which his outgoing personality, friendly smile, and legendary humor served him well.

On June 6, 2015, Mark was diagnosed with thyroid cancer. He fought this disease with courage, aplomb, and endless levity and optimism, living life to the fullest and escorting both of his daughters down the aisle on their wedding days. He always had a joke and a smile for his friends and family, who love and miss him dearly.

The family would like to thank our wonderful friends and relatives for their outpouring of support and well wishes. Your loving assistance and generosity during Mark's cancer treatments was so deeply appreciated. All friends of the family are welcome to attend Mark's celebration of life.

"Dear Erin and family, sending my sincere condolences for your loss. Mark was a wonderful kind person and he will be missed. All of my best to you and your children and family as you journey through this sad time. May you have sweet memories that help bring you joy. Cindy Vander Ark. (Bon Marche coworker)"