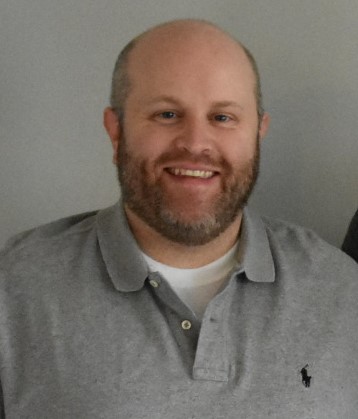 Mitchell James Johnson was born in Provo, Utah on May 13th, 1980 to James N Johnson and Maureen C Goodman and moved to Washington state in 1984.

Mitch grew up in Northeast Tacoma where he attended Dash Point and Brown's Point Elementary schools, Meeker Middle School and graduated from Stadium High School in 1999. Mitch played soccer, basketball, and baseball and participated in the Boy Scouts. He learned to ski at an early age and spent much of his time in the winter skiing with friends at Crystal Mountain. Mitch spent every summer in Utah with his father and other family. He had two horses there and loved camping.

Mitch loved everything Star Wars and collecting. It seemed like he collected everything. He started with X-men comics, baseball cards, coins, stamps and gaming systems. Later he collected books, shot glasses, beer taps, guns and DVDs.

Mitch worked as a bartender, waiter and bar manager in the Tacoma area hospitality industry for over 20 years at Red Robin, The Hub, The Rock, Applebee's, McGrath's Fish House and Hop Jack's to name a few. He made friends wherever he went and was amazing at keeping in touch with all of them. He called everyone on their birthday without fail.

Mitch loved Seattle Sports teams especially his Seahawks. He was a sportsman that enjoyed the outdoors and hunting big game in Utah and Wyoming.

Mitch loved all kinds of music and especially loved concerts at The Gorge like Watershed and The Dave Matthews Band. He always got the T-shirt. His weekends at the Gorge have become legendary.

Mitch was an avid reader and loved Tolkien, Stephen King, and Robert Jordan books. He developed into a walking encyclopedia of trivia at an early age. Everyone wanted Mitch on their trivia team. He loved traveling and visited Yellowstone, Las Vegas, Hawaii, Mexico, Canada, Wyoming, Florida, California and South Carolina.

Mitch was taken far too soon on September 27, 2018 from complications associated with young onset colorectal cancer. In lieu of flowers, donations honoring Mitchell James Johnson can be made online at Blue Star Tributes at the Colorectal Cancer Alliance.

To follow his family and friends as we continue to fight against this terrible disease, join us on Facebook at Family and Friends of Mitchell James Johnson.