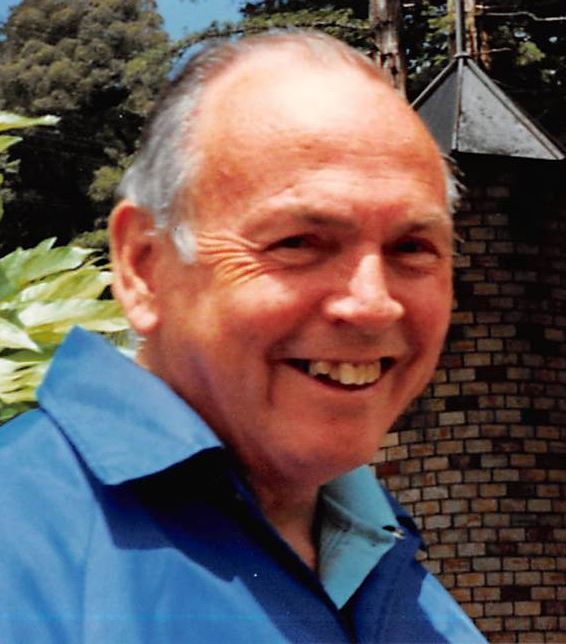 Clifford DeVall Davis, Jr., 94, of Kingston, NY, peacefully entered eternal life on Wednesday, December 5, 2018 at Ten Broeck Commons in Lake Katrine, NY, in the arms of his granddaughter Katherine, and surrounded by his loving family. Cliff was a kind and generous man, loved by everyone he met. He was respected by his colleagues and had the highest integrity. He will be greatly missed by his family and many friends.

Cliff was born on August 11, 1924 in Kingston, NY, the eldest of 5 sons born to the late Clifford and Catherine Davis. During his childhood, Cliff lived in Kingston, Ashokan, Sleightsburg, and Port Ewen. Cliff was married for 66 years to the late Hilda Dolman Davis. They met in Liverpool, England, during World War II. Cliff and his family lived in Lake Katrine for 46 years.

Cliff graduated from Kingston High School in 1940, at the age of 15. At age 17, Cliff enlisted in the Army Air Corps and was assigned to the 356th Fighter Group nicknamed the "Hard Luck Group" because they suffered the highest rate of casualties for any of the fighter groups. He attained the rank of Staff Sargent and was stationed at Martlesham Heath Airfield, Suffolk, England. Like others of the "Greatest Generation", Cliff was very patriotic.

Upon returning to civilian life, Cliff worked for the state, before joining IBM in 1948. Cliff worked at the Kingston and Poughkeepsie Plants for 43 years, retiring 1990. He was a senior manager in Payroll and Accounting, was the recipient of numerous awards, and was a member of the IBM Quarter Century Club.

Cliff was a faithful member of the Fair Street Reformed Church, serving on the church consistory. He was a Deacon and served in other positions, including the finance committee. Cliff was a founding member of American Legion Post #1298 in Esopus. He was also a member of the 398 Club in Saugerties.

Cliff was an avid gardener, spending long summer days tending to his flower beds. He played baseball and softball in various leagues until he was 52. He had happy memories of fishing with his father, particularly their fishing trips to Canada. In later years, he enjoyed jig saw puzzles with friends, reading, and watching Fox News while living at Middlewoods of Farmington, CT, and later at Hudson Valley Senior Residence in Kingston.

Cliff is survived by his children, Susan Davis Malmrose and her husband Paul of Saugerties, and Clifford D. Davis III and his wife Vicki of Lake Katrine. He leaves behind 2 granddaughters, Katherine Malmrose, and Ryan Winne and her husband Josh and 2 great grandchildren Merrick Castro and Timothy Winne. He is also survived by many cousins, nieces, nephews, and his best friend, Emily Welch. Cliff was preceded in death by his daughter Beverly McGarry and his brothers, Bruce, Fred, Matthew, and Paul Davis.

The service will be held on Saturday, December 8, 2018 at Fair Street Reformed Church at 11:30am, Rev. Kendra Van Houten, officiating. The family will receive their friends at church from 10:30am to 11:30am followed by a Celebration of Cliff's Life at 11:30am. A reception will follow the service in the church fellowship hall.

In lieu of flowers, contributions in Cliff's memory may be made to Hudson Valley Senior Residence, 80 Washington Ave, Kingston, NY or Fair Street Reformed Church, 209 Fair Street, Kingston, NY. A tribute for Cliff may be found at www.CarrFH.com, where you may leave memories and expressions of sympathy for his family.

"To the dear family of Cliff, we send our condolences. The goodness of this man is know to us by the devotion and love shown by his daughter Susan, whom we have had the privalege of knowing these past few years, along with Paul. Cliff has been saved, through the Grace of our Lord Jesus, for eternity, in peace and God's everlasting love. Linda & Bob Papertsian"

"I'm so fortunate to have met Cliff last June when my dad moved to the HV Senior Residence. On my morning visits for coffee, Cliff always greeted me with a warm smile and a good story -- a kind and gentle human being who continued to inspire others -- I'm so honored to have known him. Ruth Ann Devitt-Frank"

"Josh, the boys and I all love you so much, grandpa. Thank you for all that you?ve done, and for all the wonderful memories you leave behind. We will never ever forget you. Sleep tight...we?ll see you again someday "