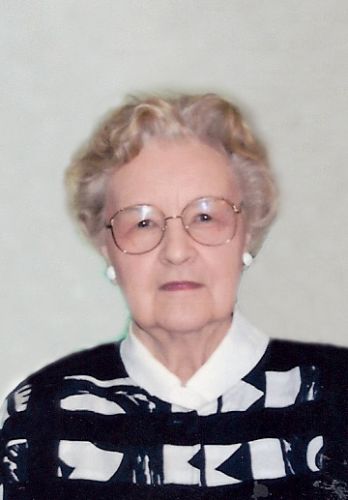 Mary Jane Stewart , a lifelong Quincy resident and civic leader and volunteer, died Nov. 3, 2011 just after midnight at Bickford Cottage. She lived for many years at 2188 Wilmar Court.

She was born August 20, 1924 in Quincy, the daughter of Carroll and Edith Soebbing Johnson. Mary Jane was a 1942 graduate of Quincy High School and attended Quincy University. She married James Bennett "Ben" Stewart on July 31, 1948. He died in 2006.

Mary Jane served as president of the Adams School PTA and Quincy Senior High PTA and for many years worked as a volunteer in the Quincy schools, including the Junior and Senior High School libraries. She was a sustaining member of Quincy Service League. She was president of the Quincy Symphony Women's Guild and served on the boards of the Historical Society of Quincy and Adams County, the Civic Music Association, and the United Way. She was a member of the Atlantis Study Club and the Quincy Country Club. She received the 2008 City of Quincy Arts Award, sponsored by the Herald-Whig, for her volunteer leadership.

She was an avid bridge player and member of several bridge clubs, bowled for many years in the Quincy Country Club league, and enjoyed gardening and flowers, especially roses. She regularly attended Quincy Symphony and Park Band concerts.

A funeral mass will be held Tuesday at 11 a.m. at the Church of St. Peter. The church will open at 10 a.m. for visitation. A lunch will be served after at the Quincy Country Club. Gifts in memory of Mary Jane may be made to Quincy University.

Hansen-Spear Funeral Directors are in charge of arrangements.