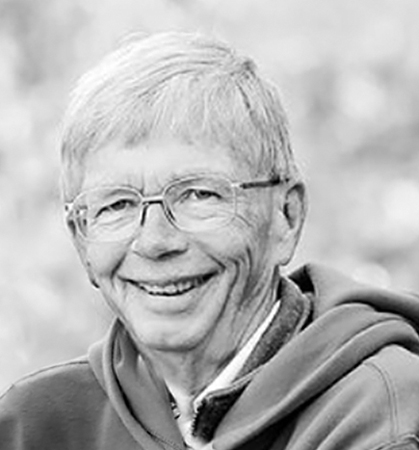 Art Snyder, 74, of Ames, Iowa, died Saturday May 18, 2019, at Israel Family Hospice House in Ames. A private memorial was held for Art over the weekend.

Art's family is grateful for all of the support during the last six months. Join them in celebration of Art's life and spirit at Doc's Stop at 2720 E 13th St in Ames on Thursday, May 23 from 4-6pm. Food from Cornbred will be served and his family wishes to thank the community that supported Art. Swing by, say hello to his family and enjoy one last meal with Art. Dress in your Cyclone wear or casual attire.

A Vietnam veteran, he served in the Air Force from 1964-1968. He was scheduled to participate in the Honor Flight from Des Moines on May 21. While he did not get to attend, it was a source of excitement and joy in his last days.

Art's biggest source of joy was his family. He dug a full-size pool in the family's back yard, ensuring many years of poolside fun with his wife and three children. In addition to swimming in the summer, he enjoyed golf, camping, and weekend trips to Minnesota to see his oldest daughter, son-in-law and three granddaughters. One of his favorite places to visit was Kansas City, where he would search for the perfect Wizard of Oz keepsake for his youngest daughter.

Art combined two of his loves: spending time with his family and cheering on the Iowa State Cyclones. To him, there was nothing better than spending time in the stands with his son, daughter-in-law and two grandsons, dancing the Cha-Cha Slide, and enjoying a Clone Cone.

Condolences may be expressed online at www.amesmonument.com. Memorials in memory of Art may be directed to the family. Ames Monument & Cremation Center has been entrusted with the care of Art and his family.

"I have a lot of good memories of Uncle Art growing up as a kid. He was a kind and loving person and always able to put a smile on your face. We will miss you Art!"

"Art was always there so I could get an early cup of coffee and a good discussion about the last Cyclone game or our thoughts about the next one. I will miss Art and will not be alone!"