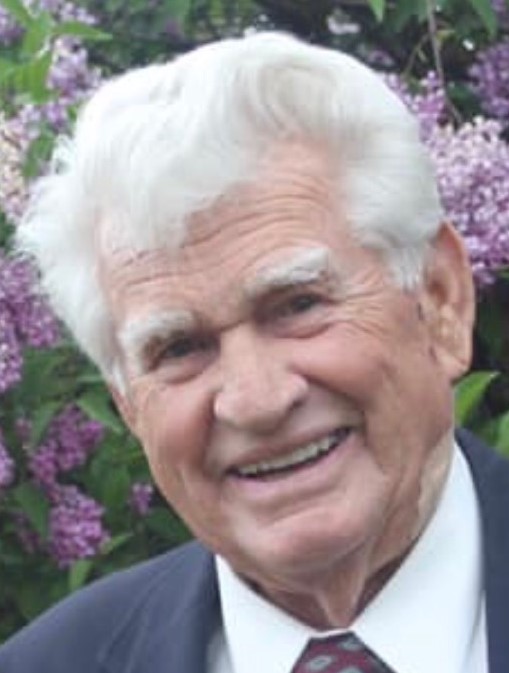 Frank Darwin Olsen, loving husband, father and brother, passed away Sunday May 26, 2019 due to complications with congestive heart failure surrounded by family at his home in Brigham City.

Dad was born October 28, 1930 at home in Mantua, Utah to Abner Scott and Geneva Lund Olsen. He grew up in Mantua with his five brothers and three sisters.

Dad loved his country and was very emotional about his patriotism. He enlisted in the Navy at age 17 serving from 1947 - 1951 during the Korean war conflict. He achieved the rank of 2nd class petty officer.

In 1952 Dad met mom, his life time sweetheart, Marjorie Forsgren from Brigham City. It was love at first sight and they married in Yuma Arizona February 14, 1953. Their marriage was later solemnized in the Logan LDS Temple and they celebrated 66 years at their last anniversary. They welcomed three daughters Tanna, Marjorie Lynn, Michelle and a son Michael.

Dad was an active member of the Church of Jesus Christ of Latter-Day always willing to serve where needed, known as a master teacher and an extraordinary entertainer during his lessons.

Dad worked many different jobs during his lifetime. He started his own business as a meat distributor in 1973, retiring after nearly 30 years.

One of his biggest joys in life was becoming a pilot and owning his own air plane. He and Mom were always off on an adventure together.

Dad was blessed musically and used his talents to bless the lives of others. He loved to sing and was part of a quartet with his brothers. He always had a song in his heart and on his lips. You couldn't travel with Dad without hearing him sing. If you knew dad, you knew his voice. He also played trumpet and French horn. As his grandchildren came, he always had a song to share with them.

Dad was a caring and devoted father and grandfather. He had 19 grandchildren, 37 great grandchildren and one great-great granddaughter. Each one was blessed by his love. According to him, "Family isn't one thing, it's everything."