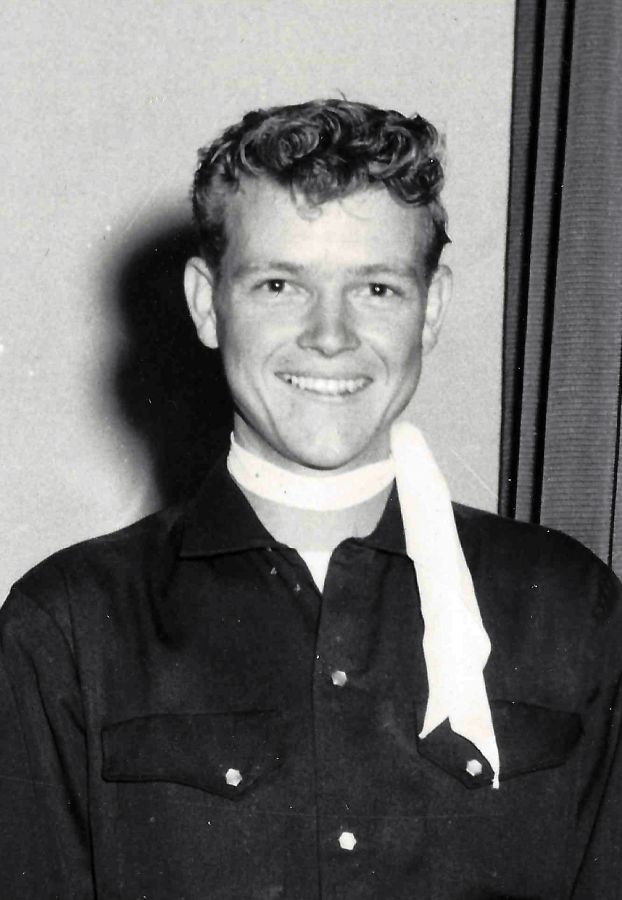 William Luther McGaha
Our loving husband, father, grandfather, great grandfather, brother and friend, William Luther McGaha, 82, passed away on Friday, June 14, 2019 at the University of Utah Medical Center from heart failure.
He was born on July 1, 1936 in Middleberg, Oklahoma, a son of Frank James and Dovie Loren Churchwell McGaha.
Bill graduated from Choctaw High School in 1954. He joined the United States Air Force serving in the Korean Conflict.
Bill meet his wife Geraldine Jensen while hitch hiking from Hill Air Force Base to Salt Lake City in his Air Force Uniform. They were married on August 19, 1955 in Bountiful, Utah. Their marriage was later solemnized in the Salt Lake Temple.
Bill and the family moved to Brigham City in 1978. He was a former city councilman and ran for mayor in the 1990's.
He was a member of the Sons of Utah Pioneers where he would play his guitar and sing for them.
Bill retired from ATK as a Production Manager in 1993.
He loves being with his family, golfing, gardening, playing the guitar and a musician. Bill had a record that went top 40 in the early 60's. He also shared the stage with Jayne Mansfield. In his years of golfing, he had two holes in one. The last time he ever played golf was at Eagle Mountain. On the 18th Hole, he hit the ball to the green and parred the last hole he ever played.
Surviving are his wife, Geraldine; four children, Bill (Pamela) McGaha of Las Vegas; Kevin (Yvonne) McGaha of Willard; Michael (Enny) McGaha of Plain City; Eliza (Randy Wright) McGaha of Midway; 13 grandchildren and 13 great grandchildren; one sister, Betty June McGaha of Oklahoma.
He was preceded in death by his parents, one sister, Reba McGaha and one brother, James McGaha.
Memorial services will be held on Monday, June 17, 2019 at 2:00 p.m. at Gillies Funeral Chapel, 634 East 200 South, Brigham City. Following the services military honors will be accorded by the Combined Veterans of Box Elder County.
Send condolences to www.gfc-utah.com.

"Geraldine and children, so sorry for the loss of your husband and father. He was such a sweet man. He adored you all so much. I pray you all find comfort and peace in Bill?s passing. Share all the wonderful memories with each other to laugh, cry and hug esch other. He rests with the angels now. "

"Geraldine and family. We are so sorry to hear about Bill. He was always such a kind and gentle man with us. I know that he shall be so missed. Remember the good times. I'ove, John and Judy Ellertson."

"Uncle Bill was the second best man in my life, first being my grandfather Frank Mcgaha. He was a very kind and loving soul. Always looked forward to his visit to Oklahoma. A memory of my uncle will always of him,my grandfather, uncle James and other family members playing music at family reunions or just around the house when he visited. He will be missed greatly! Prayers for my aunt Geraldine and cousins Wade, Mike, Kevin and Eliza. I love you "