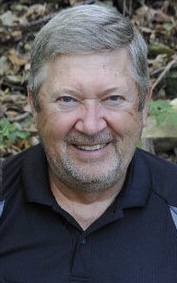 Neldon P Bryant, 71, passed away July 17, 2019, at Israel Hospice House. Memorial service will be at 2:00 PM, Saturday, August 3, at the Ames Church of the Nazarene 203 S Kellogg Ave.
Neldon was born on July 31, 1947 in Cedar City, Utah to Claudia Bryant. He served in the United States National Guard from 1965 through 1971. Neldon worked for the Woolworth Company from 1965 through 1988. He also worked for the DesMoines Register from 1989 until 2011.
In 1965 he married Sheila Kaye Heyborne whom he divorced in 1985. On March 17, 1988 he married Loreli Ruth Smith and they lived at 3213 Nixon Ave. Ames, IA from 1990-2011 and then retired in Ames, Iowa.
He is preceded in death by his mother Claudia Bryant and his grandparents Arthur James and Mary Janett Bryant.
Neldon is survived by his wife Loreli, his children Ellie Bryant of Pella, IA, Matthew (Lisa) Bryant of Happy Valley, Oregon, Rashell Fowler of Ames, IA, Leslie Fortelka of Carlisle, IA, Amberley (Blake) Brown of DesMoines, IA, Sondra Cosgrove of LasVegas, NE, and twelve grandchildren whom he dearly loved.
Neldon coached baseball and softball while his children played. He was also a Bronco and St. Louis Cardinal Fan and followed the men's and women's basketball at Iowa State University.
He loved God and his family and felt it important to treat people with dignity and respect. He was known for his emphasis on being responsible and often said "We just need to do the right thing."
Neldon hoped to live as long as possible and he did. His final hope was to see his Heavenly Father, his Savior Jesus, his mom, grandparents and all those interesting Bible characters (esp. Moses and Noah). After each of you have lived a long blessed life, he hopes to see you in heaven too.