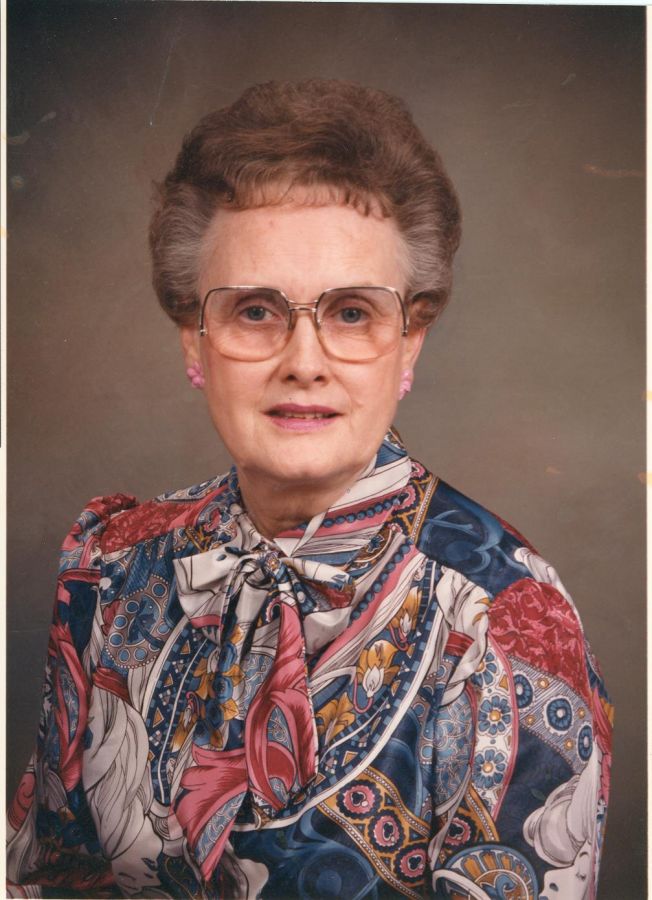 Mary was born on April 13, 1930 in Villisca, Iowa, the daughter of James "Dick" and Ada (Umphress) Freeman. She grew up in Villisca, graduating from the Villisca High School in 1949.

Mary and Kermit Gene "Ken" Lauridsen were married on September 17, 1952 in Villisca. They have made their home in Henderson since 1966.

Mary was employed as a nursing home physical therapist and worked diligently for over 20 years for the American Cancer Society. She was a long-time member of the Henderson Christian Church and also belonged to the Mother's Club and Red Hat Society. Among her enjoyments were baking and quilting.

Mary is survived by her beloved husband of 66 years, Ken Lauridsen of Henderson; son Larry Lauridsen and wife Linda of Mineola, IA; two grandchildren, Taylor and Josie; sister Joyce Akes of Blair, NE; nieces, Tory and Tammy; nephews, Greg and Lennie; along with many close friends.

"As sad as it is to know that Mary has passed away, Tinne & I (Yan) with joy remembers the 3 times we visited Ken & Mary (1984, 1988 and 1994) and enjoyed their hospitality and Mary's good food. We also remember how much they took care of us, while being in The States. Therefore we have always ever since called them our "American parents". We are truly blessed to have known that wonderful woman, and we mourn about the loss of our "American mother". R.I.P. dear Mary."

"So so sorry to hear of Mary's. She was a wonderful lady. I worked with her at Oakland Manor when we were CNA's. We had some great times. She will be missed. Thoughts and prayers are with you all"