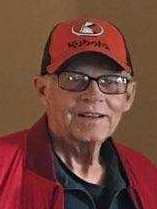 Per his wishes, cremation has taken place and no services will be held. Burial will be at a later date in Webster City, Iowa. Mohr Funeral Home in South Sioux City, NE is handling arrangements.

Bruce was born October 12, 1948 in Fort Dodge, IA, the son of Sherman and Bernice (Sampson) Hovey. He attended school in Badger, IA and Fort Dodge, IA. Bruce served in the U.S. Army during the Vietnam War. He worked as a civil engineer and land surveyor.

He was preceded in death by his father, Sherman Hovey; and a brother, Roger Hovey.

"When we were kids Bruce, my cousin, and Steven Hovey, my brother locked me in the corn crib on uncle Sherman's farm. Left me there all day. They thought it was pretty funny. I miss them both. Claudia Hovey Lewis Gresham, Oregon"