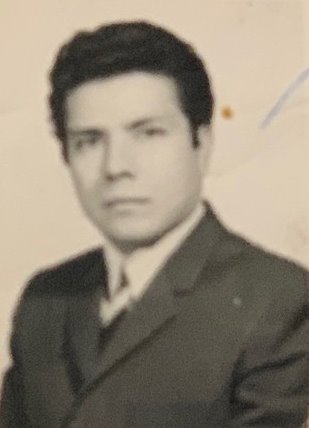 On January 13, 1939 in Peru, South America, Gumerc Martos was one of six children, born to Absaloav and Rosa Maria Martos. Gumerc would grow up in Peru where he would develop an early love for animals. This love would ultimately lead him to become a small animal veterinarian and surgeon. It certainly did not hurt that he also enjoyed reading and learning; therefore, studying came natural to Gumerc. It would be while studying at San Luiz Gonzaga University that Gumerc would meet the love of his life, Doris Obando. It would not take long for Gumerc to know that he couldn't live without her. The two married on February 24, 1968 and have enjoyed their 50 years together. Through the years, they welcomed two children: son, Leo and daughter, Wendy.

While working as a veterinarian, it was not uncommon that the Martos household would be the facility and caregivers that offered love and care to sick animals - nursing them back to health. This, in addition to the numerous pets that were already a part of their family. It was fitting that besides his job at the clinic, Gumerc worked as a police officer caring for their K-9's and horses.

When he wasn't at work, Gumerc could be found reading, boxing, sitting in the sauna, being entertained at the casino, or watching TV - his favorites being documentaries and Animal Planet. More than anything, he enjoyed spending time with his beloved family.

In 1991, Gumerc came to the United States to explore and to visit his sister, Raquel, in New Jersey. He later continued to explore the U.S. and ended up liking Oklahoma where he stayed. He then made it an annual trip, where he enjoyed spending time with Leo.

A man who has been described as: honest, intelligent, and motivated, Gumerc was a wonderful husband, father, brother, and friend.

He was preceded in death by: his parents and a brother, Carlos.