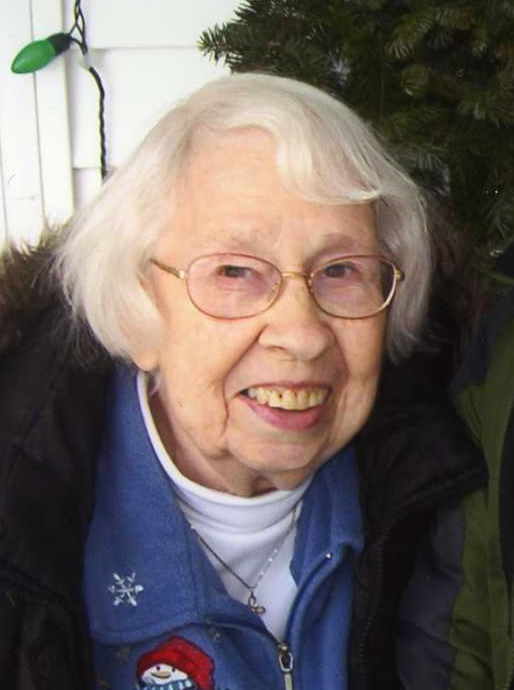 Joyce Sylvia Whiteaker Zaverousky, of Antigo, died Tuesday, August 6, 2019, at her home under the care of LeRoyer Hospice. She was 89 years old. She was born on December 9, 1929, in White Lake, a daughter of the late Clarence and Leona (Hafeman) Whiteaker. She married Charles Zaverousky on August 11, 1951, at St. Mary, Antigo.

Joyce attended the 6th ward grade school and was a graduate of Antigo High School. She attended Langlade County Normal School and became a teacher. She taught at Rocky Glen in Gleason, Aniwa in Shawano County, Trap River and Hewitt-Texas in Marathon County. She was a homemaker for 8 years, also butchering chickens and milking cows. She graduated from the University of Wisconsin Stevens Point in 1964 and taught at Birnamwood Grade School for 22 years. She retired in 1989.

She enjoyed embroidery, reading, collecting salt and pepper shakers, and unique candles. She loved playing with and listening to her grandchildren and great-grandchildren, and watching the birds around her feeders.

A funeral Mass will be held on Monday, August 12, 2019, at 11 a.m. at SS Mary & Hyacinth Catholic Church with Rev. Mathew Simonar officiating. Visitation will be 10 to 11 a.m. on Monday at the church. Burial will take place in Star Neva Cemetery at a later date.

In lieu of flowers, memorials may be directed to the American Cancer Society or the Diabetes Association

Bradley Funeral Home is assisting the family with arrangements. Online condolences at www.bradleyfh.com.

"Joyce was a remarkable woman. I enjoyed our journeys going to the VFW Auxiliary meetings and hearing all the stories of her life. When I moved to Florida I thought of her often and wondered if she was telling her stories to her grandchildren and great grandchildren. Joyce would light up when she would talk about them especially Drezdyn. That lady was a good teacher and taught me a lot. Rest in peace! "

"She was my classmate in high school and Normal school. I had planned to visit her the last of August as I visit my family ,may her soul Rest In Peace.my sympathy to her family.Dolores Igl Boehm-Marion,Va."

"My condolences to the family. Her inclusiveness of many that affectionately knew her as "Grandma Z" will be surely missed. "

"My sympathy to the family. She was a wonderful lady and I enjoyed visiting with her every month. I will miss her. I know she has gone to be with God. Be well Joyce."