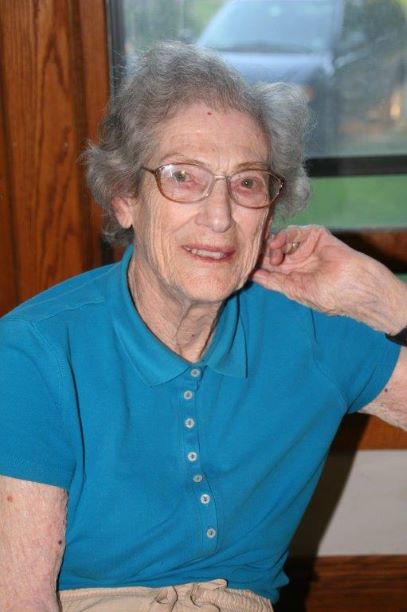 Marlys Marjorie Speer was born on April 23, 1924 at her parent's home in Geneseo, Iowa. Marlys was the eldest child of six born to Rodney S. Speer and Helen (Merritt) Speer. She attended school in Geneseo until the family moved to Dunkerton, Iowa. She graduated from Dunkerton High School. Marlys earned a degree from Gates Business College in Waterloo, Iowa in secretarial skills. It was also in Dunkerton where she met Harlan R Sage. Harlan and Marlys were married on August 15, 1943 at Mt. Hope Methodist Church of rural Bennington Township. They had six children. Shortly after their marriage the couple moved to Washington D.C. where Harlan was stationed with the U.S. Navy. While in Washington D.C. Marlys was employed as a secretary at the Naval Research Station. With the end of WWII the couple returned to Dunkerton and began farming where Marlys took on the responsibilities of a farm wife. Several years later they began the small business of Dunkerton Appliance where she once again used her secretarial skills as well as bookkeeping. In the late 50s Harlan took a job with Burroughs Corporation (Unisys) and the couple began what was to become the first of several moves around the country. The couple retired to Lake City, Minnesota, then moved to Keokuk, Iowa and back to Madison, Wisconsin. Marlys especially enjoyed times gathered with family and the many friends she acquired in the various places she lived. She also enjoyed gardening, reading, cooking, needlecrafts, stained glass, and playing cards.