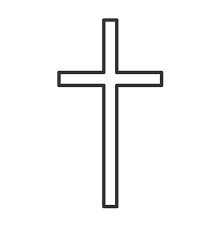 Josephine "Jo" A. Whitney, 96, of Hampton, Iowa, passed, August 9, 2019, at the Rehabilitation Center of Hampton in Hampton, Iowa. She was born November 27, 1922, in Grundy County, Iowa, to George William and Anna (Klodt) Crowston.


Jo was united in marriage to Dan Leonard Whitney on August 11, 1946, in Cedar Falls, Iowa. Jo graduated from Cedar Falls High School and Iowa State Teachers College in Cedar Falls. She taught first grade in Springville and Hampton, Iowa. Jo also worked as a substitute teacher and assistant librarian at the Hampton Public Library until 1993, when she retired.


Jo was a member of the Hampton United Methodist Church in Hampton. She enjoyed needlework, sewing, dogs and cats.


Jo is survived by her daughter Tamara Whitney of Mason City, sister Grace Mary Rapp of Cedar Falls, and nieces and nephews.


She is preceded in death by her parents, husband, sister Hilda, brothers Robert, William Donald and Arthur.

In lieu of flowers, memorials may be given to the Hampton Public Library, 4 S Federal St., Hampton, IA 50441

"So Sorry for the loss of your mom. She was always one of my favorites since we were little girls in Brownie Scouts. "

"Jo was such a special friend! I enjoyed her coming in to get her hair done every week until she went to the rehab center. So sorry for your loss Tam! ??"