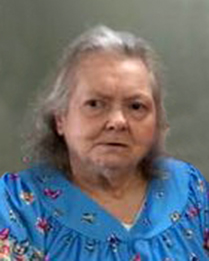 Pauline (Bottomley) Westrum was born November 2, 1945, in Bradford, England. She grew up in an orphanage in England until she was 18. She then moved to California. She started as a nanny and later took a job at a dry cleaning plant as a presser.

Pauline met Gary Westrum from Kiester, MN while he was driving truck out West. They later married on August 19, 1966, in Las Vegas, Nevada. They moved to Kiester where they raised their son Karl.

Pauline loved to be with her family and she had a love for cats. She enjoyed playing bingo, doing word searches, and having people call her "Queenie," she would even wear a crown around. Pauline was a very honest, blunt, and funny person. She will be missed by many.

Pauline is survived by her son, Karl Westrum of Rake and granddaughters, Amanda Goetz of Mason City and Jessica Westrum of Wells, MN. She is preceded in death by her husband, Gary.

"The most honest woman I have ever met. The things she cherished most were her family and Neil Diamond . I will forever be Greatful to have met such a unique lady."

"I am so sorry for your loss. I was Paulines roommate at Timely Mission Nursing Home in 2015 for about three weeks. She talked a lot about her son Karl and granddaughter Jessica. She will be missed by many. A very nice lady. "