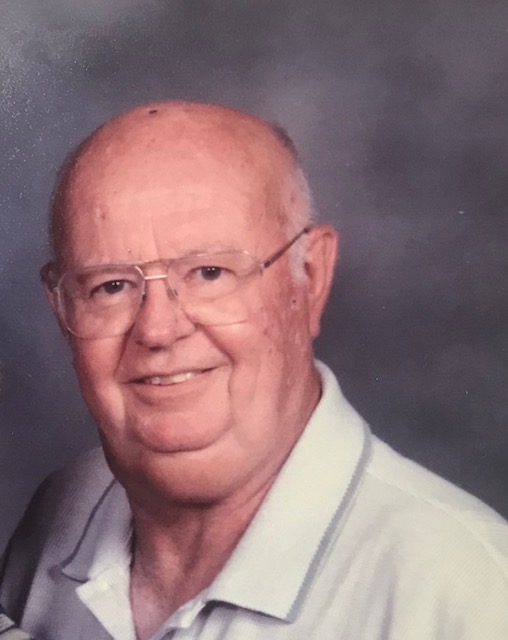 Dick was the first barber in Marshall. He was well known, and had a jovial presence in the community. He loved joking around with his family and barbershop patrons. He will be remembered for being a judge and helping to create the "Little League" teams in Marshall. In his spare time, he could be found in the stands, cheering on his children and grandchildren sporting and concert events. He was an avid Packer, Brewers and Badgers fan. Dick also enjoyed golfing, playing cards, gardening and attending social events.

He is survived by his children, Chuck ( Lori) of Deerfield, Karen ( Tim ) Opps of Sun Prairie, and Sheri of Marshall; grandchildren, Matt( Christa), Chad ( Ashley), Courtney, Drew, Trevor, Bryce, Hailee, Taylor and Chloe; great-grandchildren, Avery, Talon and Kiley; brother Bob; many nieces and nephews; other relatives and friends. He was preceded in death by his wife Doris; brothers, Jim and Bill.

A Memorial Mass will be held at Holy Family Catholic Church- Marshall Campus, 120 S. Beebe St, Marshall on Friday, August 16, 2019, at 11 a.m. with Father Jorge Miramontes presiding, and Father Michael Radowicz, as concelebrant. A visitation will be held from 9:00 am until the time of Mass.

In lieu of flowers, memorials may be made to Agrace HospiceCare or William S. Middleton VA Hospital.

The family would like to thank Sienna Crest, Agrace HospiceCare and the VA Hospital for the compassionate care of their dad.

"Dick was a good man and was an important part of the Marshall community I grew up in. My condolences to his family. "