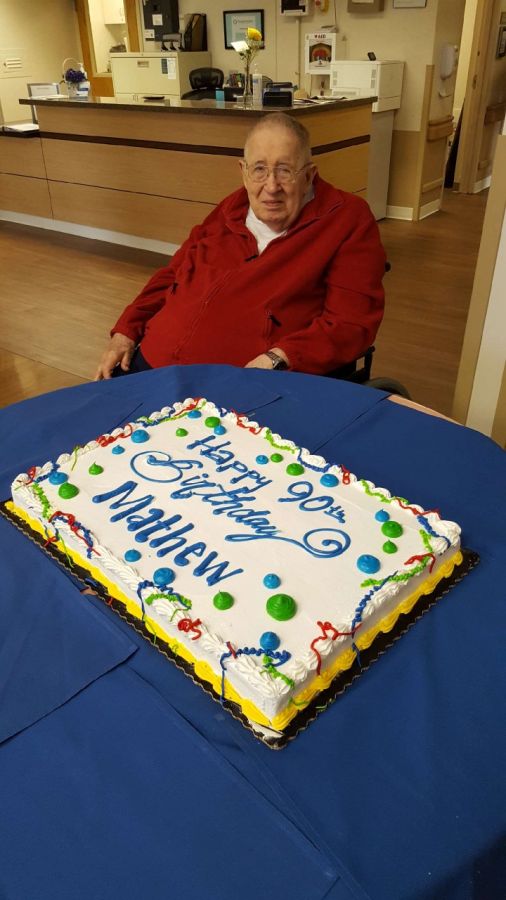 Mathew "Matt" P. Zieringer, 90, of Rochester, MN passed away Saturday, August 10, 2019 at St. Mary's Hospital in Rochester, MN.
Mathew Peter Zieringer was born July 18, 1929 in Chicago, Illinois the son of Mathias and Kathe (Reykers) Zieringer. At 17 he began his 22 year military career earning the rank of Major in the United States Army serving in WWII, Korea and Vietnam as well as Guam, Japan, 7 years in Germany and the U.S. until August 31, 1968. He was united in marriage to JoAnne Jacobs on April 26, 1953 in Milford, IA. They grew their family adopting 2 children from Germany, Mark and Kathryn. Matt continued his education and received his undergraduate degree at the University of Nebraska, law degree at the University of Iowa and Masters of Taxation at the University of Denver. His law career began at trust banks in Iowa and Colorado and later private practice in Denver, CO. In 2009, after their retirement, they moved to Rochester, MN.
Matt enjoyed stamp collecting, traveling, fishing, reading, and especially spending time with family. He had many professional memberships. He was also civic minded and volunteered in the communities in which he lived.
He is survived by his loving wife of 66 years, JoAnne Zieringer of Rochester, MN; son, Mark (Cheryl) Zieringer of Omaha, NE; grandson, Joshua Harroun of Fort Collins, CO; step grandson, Heath (Rebecca) Huberg of Sioux Falls, SD.
He is preceded in death by his parents; daughter and son-in-law, Kathryn and George Harroun.
Graveside Services will be held 11:00 AM Friday, August 16, 2019 at West Bend Cemetery in West Bend, IA. Full military honors will be conducted.
In lieu of flowers, memorials may be directed to Mayo Clinic or The American Legion.
Ranfranz and Vine Funeral Home is honored to be serving the Zieringer family; to share a special memory or condolence, please visit www.ranfranzandvinefh.com

"Matt always was glad to receive Jesus in Holy Communion when I visited him in the Nursing Home on Thursday mornings. He wanted me to wake him up if he was snoozing. He would remind me if I missed a visit! Receiving Jesus was important to him. We had a good conversation each week. I miss him and can only imagine how you, JoAnne and family miss him. My last visit, Matt mentioned not worrying about you JoAnn because you would be well taken care of. I am having a mass said for Matt at Holy Spirit Catholic Church on Wednesday, September 4 at 9:10 in the morning. Our Rochester church is at 5455 50th Ave. NW if you would like to attend the mass. Sincerely, Eucharistic Minister, Lois Quinn Mot sure if previous greeting got defeated or sent!"

"You have my sympathy, JoAnne. I am glad I got to know you and Matt over these past years. He was a great gentleman. I wish I could make the service, but I'll be having treatment at that time. God be with you at this difficult time. Sue Thoma"