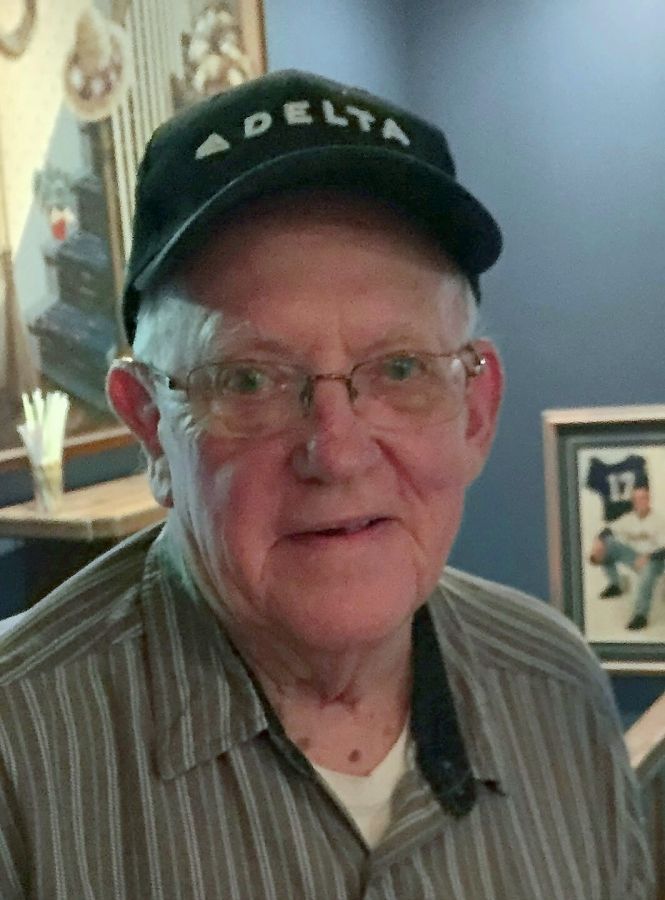 Stoughton- Curtis E. Larson, age 96, passed away peacefully on Sunday, August 11, 2019 at his home. He was born on April 20, 1923, the son of Bennie and Clara (Alme) Larson. Curt graduated from Stoughton High School in 1941. He entered the U.S. Army in February 1943. Curt served his Basic Training at Camp Robert California and was sent overseas to the South Pacific without ever taking a furlough. While overseas he was at New Caledonia, Guadalcanal, Vella La Vella, New Zealand, the Philippines (Leyon) and Japan. While in Leyon Curt was wounded and received the Purple Heart. After two and a half years overseas he returned to the states via the Panama Canal and landed in New York. After the war Curt worked at Rainfair, Amundsons Pavilion on Lake Kegonsa, then Jay an Ess Soda Grill, Quams electric and the U.S. Post Office. He spend 32 years working for the post office and retired in 1984. In 1949 Curt married Lorraine "Lolly" Lyon. He is survived by his three daughters, Kristi (Mike) Huston, Sue (Gary) Petkovsek, and Sally (Steve) Knickmeier; five grandchildren, Scott (Edna) Huston, Bryan (Stacey) Huston, Brad (Sara) Knickmeier, Kelly (Darren Dempsey) Brietzman, Michael (Amber Axtman) Petkovsek; nine great grandchildren; and brother-in-law, Jack Lyon. Curt was preceded in death by his parents; wife, Lolly; two brothers, LaVerne and Paul; and sister, Dolores Daacon. Visitation will be held from 2:00 PM until 5:00 PM on Friday, August 16, 2019 at Cress Funeral Home in Stoughton. Graveside services, with full Military honors, will follow at Riverside Cemetery. Memorials may be made to Agrace HospiceCare Inc. A special thank you to the staff of Agrace, and to Amber Axtman for her exceptional care of Curt. Please share your memories of Curt by posting Tributes.
Cress Funeral Service
206 W. Prospect Street
Stoughton, WI 53589
(608) 873-9244

"We are so very sorry for your loss. Curt once shared stories of his experiences in the Pacific with several of us at his home. He opened up to us in ways that are difficult for many combat veterans, but he did it with humility and sincerity. Our love and prayers are with you all."

"My heart is heavy for all of you, and I'm so sorry for your loss. Curt brought so much fun and laughter to our neighborhood. I can still picture him and Dad in the backyard playing jarts. I remember fun camping trips with him and Lolly too. We always knew when or mail was delivered by him; at least on the weekend days, he'd be sure to ring the doorbell early in the morning. (Just another prank he'd play on Dad.) So many memories our family will cherish with Curt. Our thoughts and prayers go out to the family during this difficult time. Rosie (Sissy) and Jerry Moy"

"We were so sorry to hear about Curt's passing. He was a wonderful man, who could always make us laugh. No neighborhood story is complete without mention of his name and the on-going pranks between Curt and Rollie. He will be dearly missed. Hugs to you all - Rick and Sue Smith"

"So sorry to hear of Curt's passing. I worked with him for a short time at Walmart while we were setting up the first store in Stoughton in 1989. He always had a smile on his face. For years afterwards I would run into him around town and it would always make my day to see him."