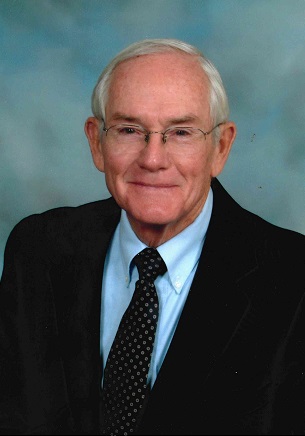 Gerald Patrick Ross, age 93 of Bondurant, Iowa passed away on Friday, August 23, 2019, at Courtyard Estates Assisted Living in Bondurant. Mass of Christian Burial will be held on Thursday, August 29, 2019 at 11:00 a.m. at Immaculate Conception Catholic Church in Colfax. The family will greet friends on Thursday, from 10:00 a.m. until service time. Private family burial will take place at Franklin Township Cemetery at a later date. In lieu of flowers, memorials may be directed to Immaculate Conception Catholic Church or Hospice of the Midwest in memory of Pat. Condolences and memories may be left for the family at www.coburnfuneralhomes.com

Pat was born on March 17, 1926 to Cornelius E. and Jessie (Mickle) Ross in Newton, Iowa. He graduated from Farrar High School in 1945. He was united in marriage to Elsie V. Sorensen on August 12, 1950 in Colfax. They had six children, who were his pride and joy. He enlisted in the United States Air Force and served during the Korean War. After his honorable discharge, he returned to Iowa and the soil that he loved. He was a dedicated farmer and raised Black Angus cattle until he was well into his eighties.
In the summers, when farming eased up. Pat, his brother Bill, and a few friends would ride their motorcycles cross country to Nevada and parts of California for a fun vacation. He loved his bike and was cleaning and polishing and riding it every opportunity he found.
Pat is survived by his wife, Elsie; two sons, Stephen (Jorene) Ross and David (Kristi Haughenbury) Ross; three daughters, Joan (Dr. Nick) McKinney, Cheryl (Dr. Zane) Craig and Melanie Follett; a son in law, Ken Estling; grandchildren, Matt Morton, Lisa (Darin) Baarda, Chris (Dr. Jessica) Estling, Kyle Estling, John Craig, Stephanie, and Ryan Grau, Cassie McElhaney, Paige and Lindsey Ross and Nic Snider; great grandchildren, Megan Morton, Aveline and Wilson Estling and a sister-in-law, Kay Ross. Preceding Pat in death were his parents, a daughter, Kathleen Estling; brothers, Tom and Bill Ross and his sisters, Mary O'Mara and Lorraine Ross.

"Ross family, We?re very sorry for your loss. Our thoughts and prayers are with you and yours during this trying time. Pat was a great man who selflessly and honorably served his country during the Korean War, raised great kids, fed the population, lived a full, honest, & love-filled life. He will be missed by all who knew him."