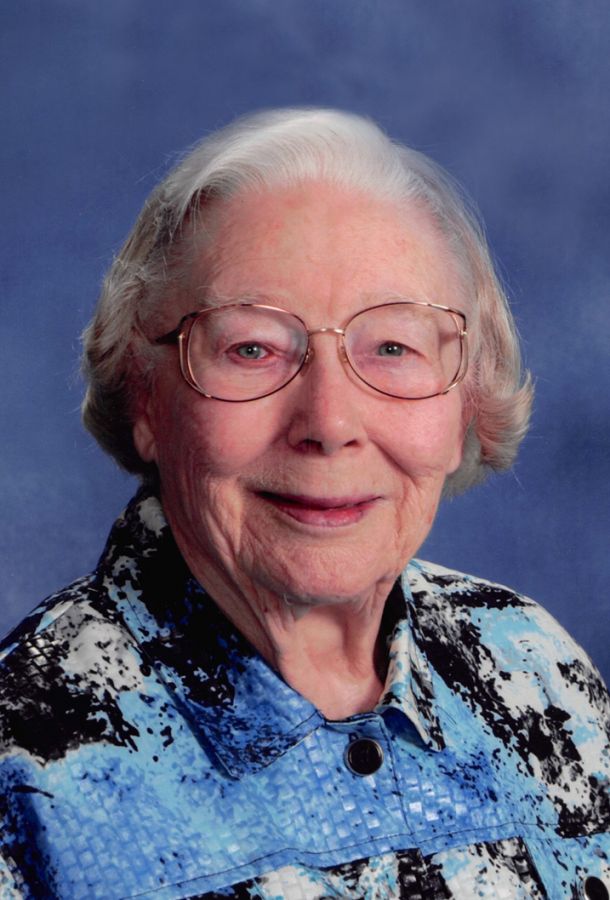 Henrietta Dena Walters, daughter of Harm and Minnie (Steen) Walters was born on a farm just east of Buffalo Center on October 29,1923. She arrived prematurely and the doctor told her parents that she probably wouldn't live very long. She relished sharing this story more with each birthday. She was baptized and confirmed at the First Reformed Church in Buffalo Center.

Henrietta liked school and loved to read. She took classes while in High School that allowed her to earn her Emergency Teaching Certificate and upon High School Graduation in 1942, she began teaching in Country Schools. She enjoyed the challenge and working with the children of all ages. She would arrive early each morning to get the building warm for the students and told stories of warming lunches on the stove to share at noontime. Her pay in 1953 was $250 for the year plus an extra $4 for each student if she had more than 10 in her classroom. She would live with a neighboring family during the week and then go back to her parents home each weekend. During the summers she worked as a Telephone Operator. When the Country Schools were closed, she found employment at the Farmers Trust and Savings Bank where she worked not only as a teller but also as a bookkeeper.

On December 11, 1955 she married Raymond Fred Hippen and began a new phase of her life as a farm wife. They were blessed with the birth of four daughters and Henrietta's days were filled with activity. She loved to sew and made much of the clothing for the girls. She had a huge garden and filled her freezer and pantry with its bounty. She taught Sunday School, Catechism and Vacation Bible School for many years. She was a member of First Reformed Church for 76 years and participated in RCW and ladies circle. She also served as a 4-H leader for many years. Henrietta enjoyed the friendship she shared with the woman in her coffee group and birthday club.

Ray died suddenly on January 22, 1967 and Henrietta decided that she wanted to remain on the farm and raise the girls in the home that she and Ray had built. Her brother Herman stepped in to help with the farm work so that she could remain on the farm with her daughters. She instilled in her daughters the importance of a good education and hard work to succeed in life. In 2001, she moved into her home in Buffalo Center. Her brother Alvin was only four houses away and they enjoyed sharing meals and time together.

Henrietta moved into Timely Mission Nursing Home in May of 2015 when she needed to regain some strength after a hospitalization. She found a new home and decided to stay! Henrietta passed away on August 25th with daughter Diane and son in law Dennis at her side.

Preceded in death by her parents, husband Ray, brother Herman in 2001 and daughter Ruth in 2012.