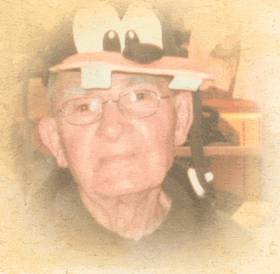 To know John Givonetti was to love him. Perhaps it was his unassuming and caring nature, his heart of compassion, or his fun-loving spirit, but John just had that special something that was impossible to miss. He didnt just go about his days mindlessly absorbed in the everyday tasks at hand, rather he lived his life looking for ways in which he could significantly affect the lives of those either nearby or half a world away. John was a man of faith who lived a simple life, contended, yet never striving for material things. He was a true gentleman if ever there was one, a hard worker, and a vibrant asset to the world wherever he was.

The year 1916 was marked with an historical election in America between three candidates in which Woodrow Wilson came out on top. Our nation was struggling to find her way a bit as there were challenges with monopolies and child labor laws while workers were often dealing with unsafe working conditions. Amidst the struggles of the time, this was a year of great celebration in the family of Felix and Josephine Givonetti as they welcomed the birth of their son, John Louis, on September 22nd. John was born in Hoboken, New Jersey, part of the New York metropolitan area. He joined older brother Louis and with the births of younger sisters Fortuna Frieda and Mary, their family was complete. John was raised in the family home right in the city where the landscape included many more buildings than trees or parks. His family was rooted in the Catholic faith which would be the basis on which John would live the rest of his life. John was small in stature as a boy but even at this young age, his heart which grew to be larger than life was emerging. He attended local schools and graduated from high school in his hometown of Hoboken.

After high school there were a few different paths that John soon traveled down. He worked various jobs in both New York and New Jersey including for Revlon where he manufactured cosmetics. A bit later John joined the Army and became a medic with the 1st Armored Division. He served during WWII and was stationed in northern Africa, Anzio, Italy, and throughout northern Italy. After he was discharged, an Army buddy convinced John to come to Muskegon, Michigan and with that, his life was never the same.

Once in Muskegon John loved it. In fact, he loved everything about the area including Lake Michigan, the plentiful trees, and just the splendor of nature that he had never been able to enjoy in New Jersey. John loved to go hiking and was an avid walker all throughout his entire life. He lived in rooms he rented around town and found work in the various factories and pattern shops around Muskegon. If John was ever laid off it wasnt long before he was back to work at another shop. He eventually settled at Continental Motors where he worked as a machinist until he retired in 1987. John lived a frugal life and saved his money wisely although he didnt choose to live this way for his own gain, but so that he could ultimately give to others instead.

Although there was certainly a time and place for work in Johns life, there was much more to his life than just work. He did indeed spend a lot of time hiking, yet he also enjoyed reading and music. John liked to correspond through letters as he was an articulate man and writing letters allowed him to put his important thoughts and words down on paper. For many years he kept in touch with his nephew, John Pavese, through the letters they wrote back and forth. John also kept busy helping other people in his community as he just found so much joy in doing so. He could be found doing yard work around town or even helping people build their homes.

Johns touch reached so many more people than just those in his community. He in fact helped countless people all over the world. With the help of both his nephew John and the Wings of Hope, an organization that focuses on humanity to the less fortunate both near and far, John was able to bring to fruition his desire to help third world charities. His generous donations helped build a broom factory in Ecuador, a school in Vietnam that they actually named after him, as well as numerous other projects all around the world.

Later in life John went to live at Village at the Oaks. It was while living there that he met a widower named Elaine Halgren. They were both avid walkers but found they had much more in common than just walking and quickly became constant companions. John and Elaine enjoyed going to the beach, to events at Maranatha, to various concerts, and John started attending her church, Dalton Baptist Church. He also accompanied her family on trips to Disney World and he was included in their family gatherings for holidays too. Eventually John moved into Seminole Shores Assisted Living where the staff and residents couldnt help but fall in love with him. While there he was a vital part of the mens group and their stories brought much joy to all who listened.

John Givonetti was a private man who easily shared his generous heart with others. He made giving to others seem effortless and in doing so, improved the lives of people too numerous to count. Although John never officially married, he experienced a few long term relationships, most notably with his special friend Elaine. He was a remarkable man who lived a remarkable life while creating a lifetime of precious moments that will be forever cherished. John will be dearly missed.