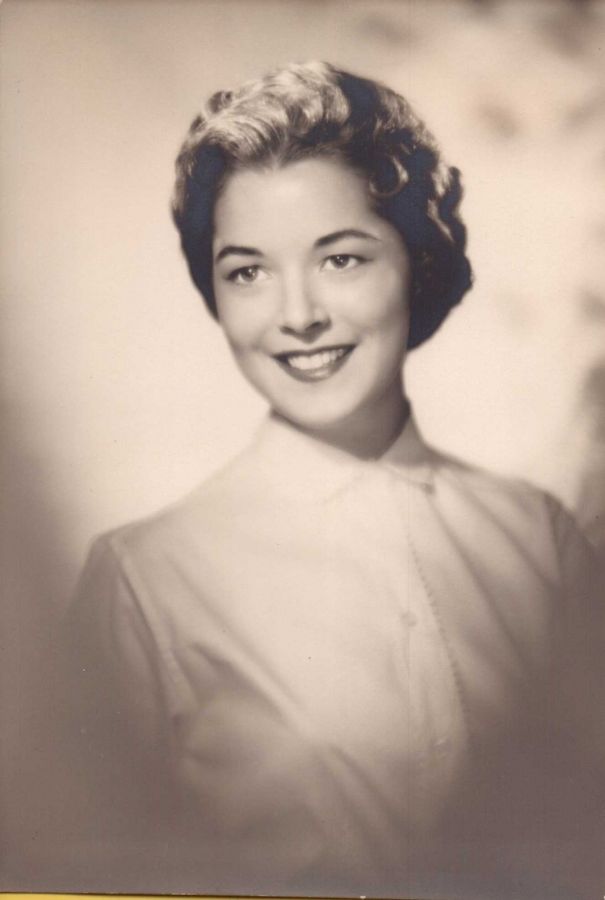 Beloved wife, mother, grandmother, great-grandmother, sister, and friend passed away on Sunday, August 25, 2019, at her home on White Lake. Belle was born in Ludington, Michigan on September 6, 1939, to Burley and Esther (Heglund) Boertman. The family moved to Muskegon in 1945 where she began school at Mona Lake Elementary. It was later at Central Junior High that she met two of the most significant people in her life, her life-long friend, Karen (Morrison) Smith, and the love of her life, Charles M. Hilt. She and Chuck were married at Immanuel Lutheran Church on October 26, 1989. After graduating from Hackley Hospital School of Nursing in 1960, Belle began her nursing career at Muskegon General Hospital as the charge nurse of pediatrics and later at Mercy Hospital as the Director of Medical Surgical Nursing until her retirement. Belle enjoyed wintering in Florida, antiquing, gardening, and most of all, her family. Her strength of character and beauty of spirit will live on in those she left behind.

Private family services will be held.

"My sympathy to Belle?s family. (Special thoughts to you,Kim). Belle was the charge RN at MGH Peds, my very first nursing job. I have always had so much respect for her...the ultimate professional! She taught me so much, knowledge that can?t be taught in textbooks! I saw her last at the Tempting Tables breakfast and we shared a hug and such a nice visit! I am holding all of you in my prayers"

"A good person, Mom and nurse. Kimm do you remember coming to dialysis until she got out of work? She was very proud of you."