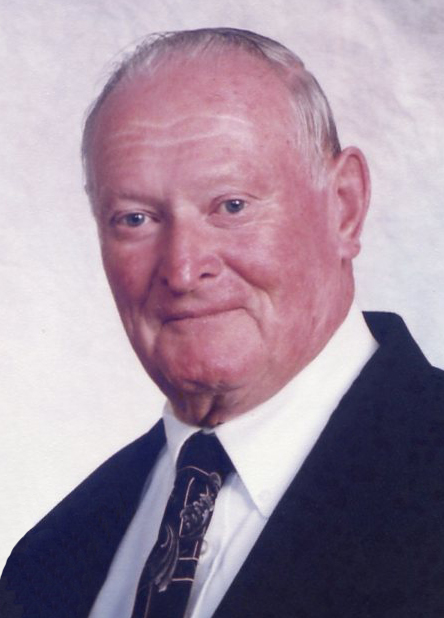 Robert Allen Giddings, 87, of Hampton, Iowa, passed away Wednesday, August 28, 2019, at Franklin General Hospital in Hampton. He was born June 7, 1932, in Spencer, Iowa, to Alton and Dorothy (Kilpatrick) Giddings.

Bob graduated from Livermore High School. He served his country in the United States Army, where he was stationed in Germany for two years. Bob was united in marriage to Jacque Lee Ford on September 5, 1951, at St. John's Catholic Church in Gilmore City. To this union seven children were born: Greg, Grant, John, Melody, Tracey, Graham and Corey.

Bob was owner and operator of Inland Plumbing and Heating and Electric. He retired in June of 1992. Bob was a member of the V.F.W. and American Legion and was affiliated with the St. Patrick's Catholic Church in Hampton. He enjoyed golfing and hunting. Bob also enjoyed his numerous fishing trips to Canada and ice fishing every winter at Beed's Lake.

He was preceded in death by his parents Alton and Dorothy, wife Jacque, sons John and Grant and daughter Melody.

"Dear Family, I am SO sorry to hear of Bob's (and Grant's) passing. Bob and Jacque were such good friends of my parents, John and Evelyn Plonsky, through the years and I enjoyed seeing your folks when they would visit Tuscon in the winters. My heartfelt condolences go out to you, and may all their souls rest in God's peace. Karen Plonsky Kiefer"

"Have a lot of good memories of Canadian fishing trips with and others. Sorry to hear of his passing ."

" I was sorry to read about the passing of Mr. Robert Allen Giddings . Death was never part of God's plan for mankind. Please accept my deepest sympathies. May the God of comfort give you peace during this most difficult time. Sincerely, Cynthia "

"Bob has been our neighbor since I was in the 5th grade He and his family were always so kind to our family. I was back home during the fair in July and got to visit with him talked to him about his garden. When we were kids my sister and I got a Rabbit named Bubba. One day Bubba got out of his hutch and bounced right into Bobs garden, Bob always would tell us girls.."the next time that rabbit gets in my garden!! He's goin in the stew pot!!" He will be so missed.. he was so kind. "

"Greg and family, Bob was such a card, enjoyed him so much, All of you are in our prayers"