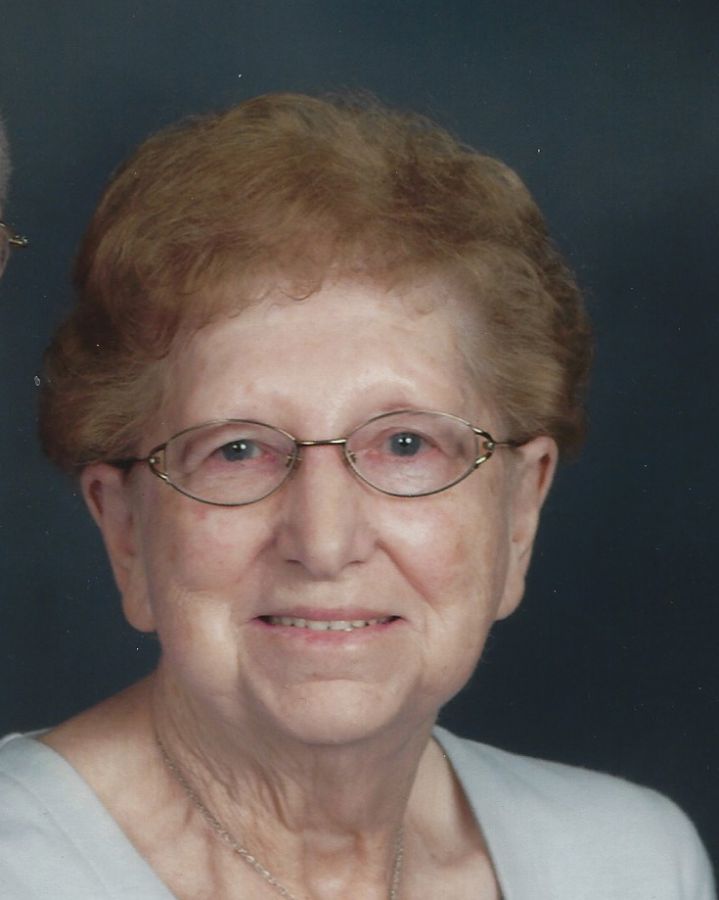 Williamsburg- Dorothy Ann (Wardenburg) Kahler of North Liberty and formerly of Williamsburg, passed away on Wednesday, August 28, 2019 at the Pioneer Park Care Center in Lone Tree at the age of 92 years.

Dorothy Ann Kahler was born May 10, 1927 on a farm near Williamsburg, the daughter of Otto H. And Adella (Meyer) Wardenburg. She attended Immanuel Parochial School with 7 classmates. Dorothy met Wayne Kahler while they both were working at Amana Refrigeration. They were united in marriage on March 28, 1953 at Immanuel Lutheran Church near Williamsburg. Dorothy held several jobs over the years, including Amana Refrigeration for 5 years, Middle America Motel for 6 years and Sheller Globe for 15 years, but she once said her most important job was raising her seven children. She was a loving and supportive mother. Dorothy loved spending time with her children, grandchildren and great grandchildren. They all loved her cooking, especially the desserts.

Celebration of Life Service will be 10:30 am Tuesday, September 3, 2019 at Prince of Peace Lutheran Church in Coralville. Burial will be Immanuel Lutheran Cemetery near Williamsburg. Visitation will be Monday, September 2, 2019 at the Powell Funeral Home in Williamsburg from 3:00 to 6:00 pm. A memorial fund has been established. Messages and tributes may be left at www.powellfuneralhomes.com.

"Doug and LaVonne - our thoughts and prayers are with you as you move forward without Dorothy. Hoping memories of better days provide some peace in the coming months. Susan & Sonar "

"To the Kahler family, your Mom was a delightful lady to know and work with! So sweet to everybody! Heaven gained a very special angel the day she passed! Family friend always, Dan and Marsha Vinson"

"sorry to hear of your loss Doug and family -Toni reed"

"Deepest sympathies to the Kahler family. It was nice seeing you all this a.m."