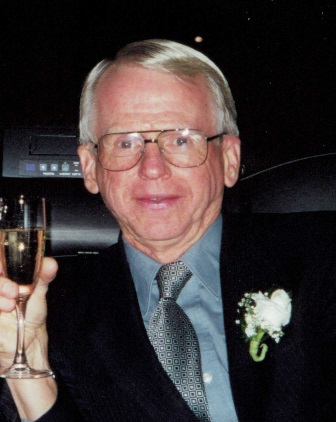 David Robert Storck, of Ambler, died peacefully on Thursday August 29, 2019 at Manor Care of Montgomeryville. He was 81 years old.

Born in Philadelphia, David was the son of the late Robert and Flora (Rogers) Storck.

David was a graduate of Franklin and Marshall College. He was a veteran of the United States Navy. Mr. Storck was employed as a Sales Representative for HP Cadwallader Inc. prior to his retirement in 2008

David enjoyed taking care of his Ford Mustang Special Edition. He liked tinkering with clocks and fixing any other trinkets for his lovely wife, Rosemary.

David is survived by his beloved wife of 22 years, Rosemary (Urban) Storck. He is the brother of Fred Storck and his wife Marion of Magnolia, Delaware.

Relatives and friends are invited to call on Wednesday, September 4, 2019 from 10:00 to 11:00 AM at the Anton B. Urban Funeral Home, 1111 S. Bethlehem Pike, Ambler, PA. David's Funeral Service will follow at 11:00 AM with Deacon Michael Cuff as officiant. Interment will be in Holy Sepulchre Cemetery.