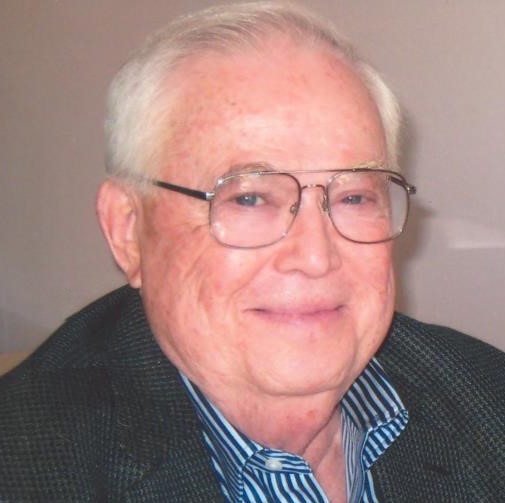 Jerry was born on October 7, 1933 in Malvern, Iowa, the son of Leonard Andrew and Doris Wahneeta (Aistrope) Anderson. He graduated from the Malvern High School in 1951 and continued his education at the Iowa Teachers' College (aka Northern Iowa). Jerry was honorably discharged from serving in the United States Army from 1954 to 1958 during the Korean War. He worked as a sporting goods salesman and owned Iowa Sports Supply in Cedar Falls, Iowa until 1982.

Jerry and Mary Frances Elgan were united in marriage on August 16, 1958 in Omaha.

Jerry was a member of the First Congregational Church in Council Bluffs, Iowa and the American Legion Post 1. Among his enjoyments were golf, baseball, playing cards and watching the History Channel, western shows, and anything about the military. He made many trips to Malvern to visit his mother and seeing to her needs. Jerry loved spending time with his family, especially his grandchildren and great grandchildren.

"Lots of good memories with Jerry. Your willingness to help others was a gift as was your smile. Will miss talking about good family memories. A great cousin, love Betty"

"Daddy I will miss you so much but I know you will be with always watching over Brogan and I. The work ethic and integrity you instilled in me has attributed to my success. I love you ?? Kimberly "