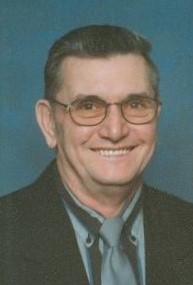 Harold Mason Woodard, one of 12 children of Joseph Mason and Alice Jane (Teager) Woodard, was born on April 6, 1938 in Logan, Iowa. He grew up in Logan and attended school through the 11th grade and later received his GED. Harold joined the United States Army in 1958, serving until 1964.

Harold and Mae Thompson were married in October of 1960 and were blessed with three daughters, Shelly, Peggy and Theresa. They later divorced.

Harold and Edna Louise (Fender) Irvin were married on December 8, 1979 in Malvern, Iowa where they made their home and Harold's family grew to include Edna's children, Arlene, Lynda and Keith.

Over the years, Harold farmed for Herman Stortenbecker, Rod Grindle and Steve Sell. In 2000, he became a delivery driver for Dallas Johnson Greenhouses in Council Bluffs, Iowa until 2008.

Harold was a fan of Iowa Hawkeye College football and enjoyed time spent with his children and grandchildren.

Harold passed away on August 31, 2019 at the Hansen House in Council Bluffs, Iowa at the age of 81 years, 4 months, and 25 days. He was preceded in death by his parents, Joseph and Alice Woodard; sisters, Rose, Sharon, and Anne Marie; brothers, Floyd, George, Jim and Paul; sisters-in-law, Lois, Evelyn, and Lucille; and brothers-in-law, Trueman, Marion, Arthur, and Clifford.

"Edna so sorry to hear this. Our thoughts and prayers are with you and your family. Jim and Judy"