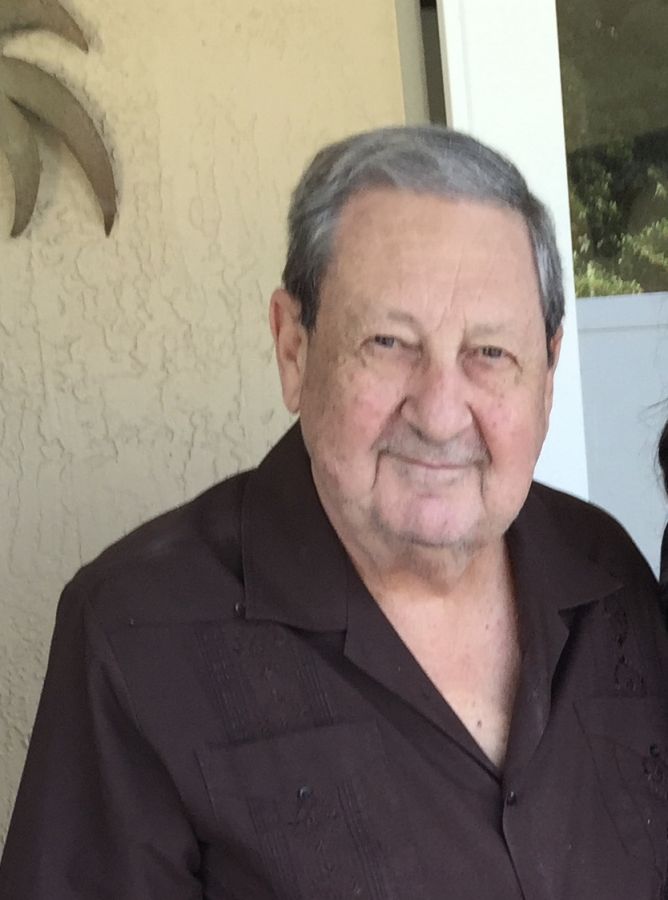 George T. Karambis 83, of Pembroke Pines, FL passed away on September 4, 2019. George was born August 16, 1936 in Chicago, Illinois. He was a Veteran of the United States Air Force. George is survived by his loving wife of 59 years Patricia Karambis; his son Tom Karambis; his daughter Kathy Carambis Caldwell and son-in-law Tim Caldwell. He is also survived by his two grandchildren Ashley and Ryan Caldwell.

"I will miss Georges smile and laughter every time I saw him. He was a fun person to be around and share old memories of the Chicago area and Pat and I at the University of Illinois. It was amazing how all his friends and family followed him and Pat to Florida, I will miss his calls about how is the snow in Wheaton, its eally nice in Florida. I will always think of him when I have a Canadian Club and Ginger ale drink. Last time I visited him and Pat in Florida he asked me what I wanted to drink and I told him CC and Ginger ale & he said still drinking that stuff! Yes, I said I had this drink many years ago when you fixed one for me at your old place in Palos Park and I still drink the stuff. so to you George next time I had one of those drinks it will be "cheers to you George" up in heaven. Marilyn Glover"