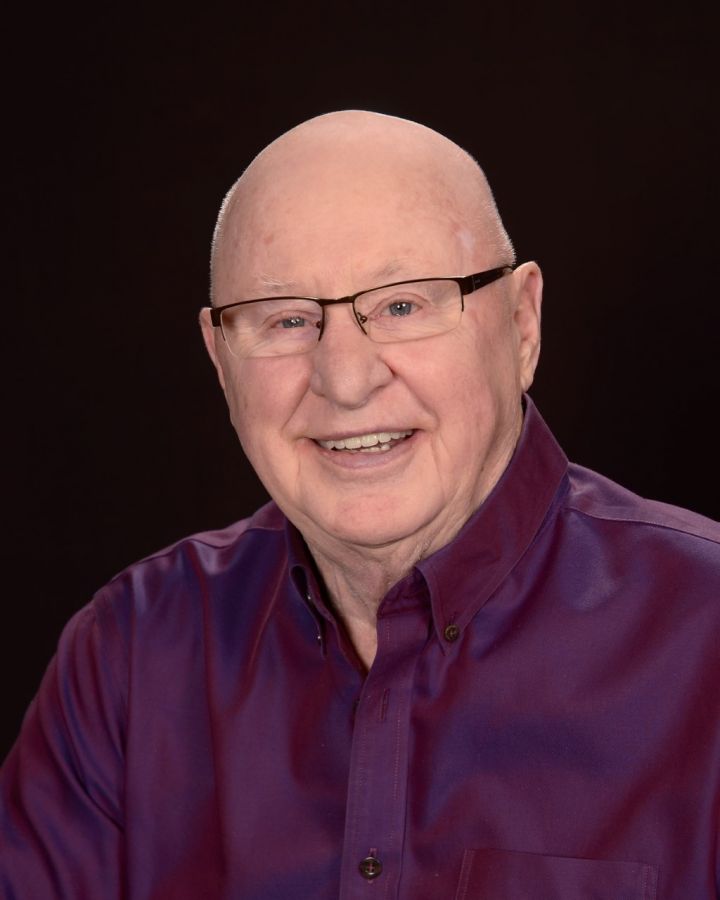 John (Jack) McFarlane, age 80, of Rochester, Minnesota died peacefully surrounded by his loving family on Thursday, September 5, 2019 at St. Mary's Hospital in Rochester.
Jack was born in Ladysmith, WI in 1939 to Harold and Agnes (Strop) McFarlane. He attended school in Ingram/Glen Flora where he was a strong athlete in Basketball, Track and Baseball graduating in 1958. He went to the Twin Cities and worked at Montgomery Wards and Waldorf Paper Co. In 1959 he started work as an apprentice Pipe Insulator. He became a member of Asbestos Workers Local #34 Union as a Heat & Frost Insulating Engineer.
In 1961 he married Darlene Zimmer on September 23, 1961 in Tony, WI. They lived in the Twin Cities for three years then Jack's job brought them to Rochester, MN and they built their home in Byron, MN where they raised their family.
He was co-owner of Southern Minnesota Insulation for 15 years until 1985. He then started Industrial Insulation in 1986. He successfully operated this business for 15 years until he sold it and retired in 2001. After four years of retirement he became bored and needed a new challenge. He became an Insulation Project Manager for an upcoming business, Mavo Systems in Rochester. He worked for them until June 30, 2010.
Jack enjoyed watching Football, Baseball, Westerns or a good action movie on T.V. or in the Theatre. He was very interested in Cars, particularly Cadillacs and Corvettes, and had a love for Quarter Horses. He also enjoyed reading, mostly Westerns, traveling and spending time with family. You always knew how he felt about anything because he told you straight forward. Jack's faith was very important to him throughout his life. He was a member of Holy Spirit Catholic Church in Rochester. Jack served a term as President of The Greens Townhome Association where they lived for 5 years. He served a term as President of Bamber Valley Estates Townhome Association where they lived for 13 years. When Jack's illness worsened they moved to Homestead at Rochester, Assisted Living.
He is survived by his loving wife of nearly 58 years, Darlene McFarlane; his daughters, Shawn Kehret of Byron, MN, Annette (Tom) Fuchs of Byron, MN and Brenda Fugere of Ames, IA. He is also survived by a brother, Richard (Helen) of Gurnee, IL; 10 grandchildren; brother-in-law, Arlie Davison and sister-in-law, Sue McFarlane. He was preceded in death by a sister and brother-in-law, Jean and Richard Leonhard, sister, Shirley Davison, brother, Allen and parents.
Visitation will be held 4:00 to 7:00 pm Sunday September 8, 2019 with a Rosary service at 7:00 pm at Ranfranz and Vine Funeral Homes 5421 Royal Place NW Rochester, MN. A Funeral Mass will be held 12:00 pm Monday, September 9, 2019 at Holy Spirit Catholic Church 5455 50th Ave. NW, Rochester, MN with visitation one hour prior to the service at the church on Monday. Interment will be held at Byron Cemetery.
Ranfranz and Vine Funeral Homes is honored to be serving the McFarlane family. To leave a special memory please visit www.ranfranzandvinefh.com

"Darlene and family, Sorry to hear about Jack. I'm glad I had the opportunity to know him and I wish all of you the best. Frank Lebeck "

"May his soul rest in peace in Heaven. My prayers are always with you."

"Darlene and family Many good memories over the years around Byron. Our prayers are with you at this difficult time Lyle and Ardell Stinson"

"Darlene, Sorry to hear about Jack. Our thoughts and prayers are with you. Mike and Mary Withers"

"Darlene I have many good memories from our times spent together years ago when your girls were young. And then Bryan was born and we came to visit you on the evening I left the hospital!!! You and Jack raised a beautiful family, three lovely girls and now grandchildren too. So much to be proud of. Wishing you and your family well during this difficult time. Barbara Knabel "

"The Senior Class Graduates of Tony High School (1959) all wish to express their sincere condolences to Darlene and family during this difficult time of sorrow. May you all experience some comfort in knowing that family and friends are always near to offer support. "

"I remember Dad saying what a good baseball player Jack was. He always told stories about playing ball in Tony. "