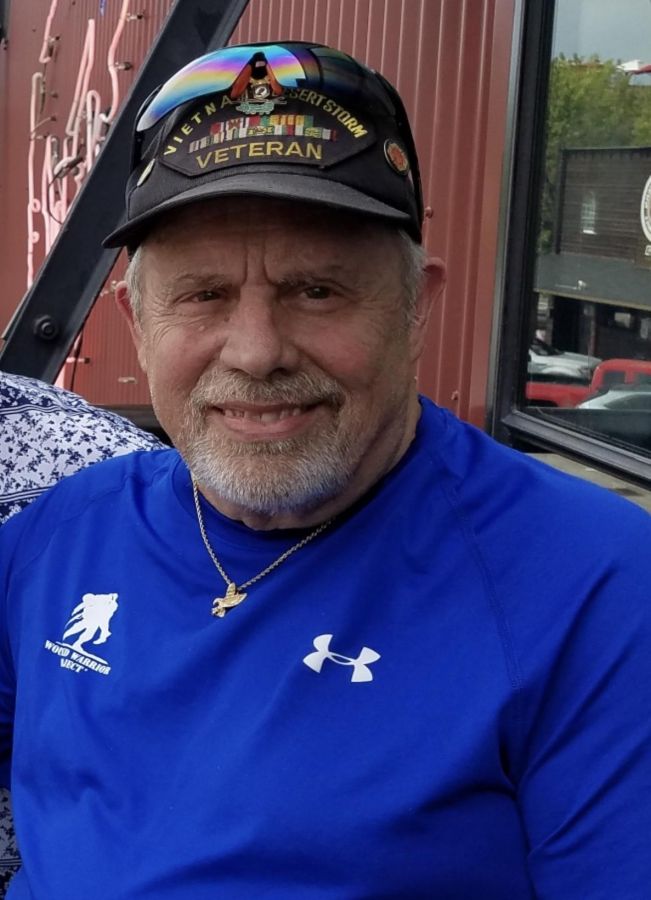 Richard "Dick" Merle Clark, a retired Army Veteran and longtime resident of Lynnwood, Washington, passed away unexpectedly on August 9, 2019 at the age of 73. He was born in Yakima, Washington on April 17, 1946 to Floyd Merle Clark and Katherine Louise (Millard) Clark. Dick grew up in Yakima, graduating from Eisenhower High School in 1964.

Dick was drafted into the U.S. Army in January 1966. After basic training, he completed a course in Marine Engineering which qualified him as a Light Amphibian Operator. During his service in Vietnam and Thailand, he was involved in hauling munitions and other supplies inland from ships anchored offshore. He continued his career with the US Army Reserves and was activated as a firefighter during Operation Desert Storm, retiring later from the Army Reserve. He was the recipient of numerous individual and unit medals during his military service.

Dick would describe himself as a dyed-in-the-wool Red, White and Blue American who was proud to serve his country. He loved to volunteer his time and knowledge at the Veteran's Museum and contributed his experience at Lynnwood's Hero's Cafe, an establishment that meets with veterans and connects them to health care, jobs and VA benefits. He was active with the Hookers, and association comprised of present and past members of the 92nd Aviation Company, US Army Reserves. Dick also spent years as a volunteer fireman for the Bellevue & Lynnwood Fire Departments.

Dick had many hobbies and interests. He loved spending time with family and numerous friends he truly enjoyed. He and Vickie would visit breweries and wineries throughout the state and enjoyed vacationing at their favorite place, Pacific Beach along the Washington Coast. He loved to garden and was a master at making the most beautiful hanging flower baskets for he and Vickie & his daughters. After the 9/11 Twin Towers tragedy, Dick started making memorial hanging baskets out of old firefighter, combat and flight helmets. He loved country music and was a die-hard Seattle Seahawks fan.

Dick's joys in life were Vickie Burnham (treasured love, best friend and ardent supporter), his pride & joys daughters Angela, Stephanie and Victoria and the icing on the cake....his grandchildren. The moments he spent with them filled his heart and meant the world to him.

Dick spent the last 10 years of life with his love and domestic partner, Vickie Burnham. He introduced her to a new world filled with Veterans who have a bond that is indescribable. Dick's fervent support of Hydee Hernandez, although not a veteran who had a passion for the Veteran community, was another endeavor of his. Hydee wrote a book on World War II veterans and he was so proud to call her a friend and referred to her as their "adopted daughter". Vickie, her three children, Ryan, Garin and Kaytlin, along with her four grandchildren, and Hydee will miss his smile, laughter, sense of humor, generosity and his persistence in whatever project he was involved in.

Dick is also survived by his sisters, Peggy Fiderio-Thies and Carol Clark-Bentley, their immediate and extended families, his favorite uncle (mother's brother) Charles "Charlie" & Elva Millard. He will be missed by all his family, numerous cousins & families, and his many friends which include his military brothers & sisters.

Richard "Dick" Clark's funeral is scheduled on October 4, 2019 at 1:00 P.M. at the Tahoma National Cemetery, 18600 SE 240th Street, Kent, WA. Following the funeral, his Celebration of Life will be held at The Brewmaster's Taproom, 2000 Benson Road S., Renton, WA. The Taproom is reserved for this function between 2:00 P.M. - 5:00 P.M. and open to the public after 5pm. The family knows the "send-off" for him would be to his liking & we would be honored to have you attend to share stories and memories.

Memorial contributions may be made to one of the following organizations.

"I'm still wanting to reach out for our conversations while I drive...nobody fills that spot like my brother! I certainly followed your Seattle Seahawks this season & missed not chatting about the outcome & you allowing for my time-delayed recording of the game?. I am at peace knowing you were greeted my Mom & Dad, lots of family & friends gone before & there to greet Merlin shortly after your arrival. I know you will all be there when my time comes & in the meantime...know you are missed & loved. "

"Losing a brother so unexpectedly makes it hard to express the pain, but I'm so incredibly thankful we had spent a week together the week before he died. I will miss our phone conversations during my driving in LA traffic...usually a couple of times a week. We enjoyed those times...catching up & he telling me of the adventures he took with Vickie, how happy he was having her in his life & the joy he had with his daughters & grandkids around. Dick treasured times with family, enjoyed so many friends, loved his military brothers & sisters, stood up for what is right, loved his country & loved the Lord. I will always be proud to be his sister & treasure our shared memories. I miss his chuckle, sense of humor & hugs...& his smile...even across the phone lines, but most of all hearing "love you" at the end of our conversations. "

"Richard Clark was a true patriot. There is a big gap left in our veteran community when Richard departed so suddenly. He was a strong voice in promoting our Northwest Veterans Museum, in helping to prepare for our second Anniversary in May, and in sharing his knowledge and wisdom with the students from Madrona School when they toured our museum. As a NWVM Board Member, Richard participated in the Heritage Park Partners Roundtable where he readily shared his thoughts and ideas for the future of the park and the his desire to expand the museum. If a job needed to be done, Richard was there to make sure it got done whether at the museum, or Hero?s Cafe, or setting up a display at the 44th Street Fair. Richard was proud to have served in the Army and proud to be an American Veteran. Richard you will be missed. With Honor and Respect, Myra Rintamaki "