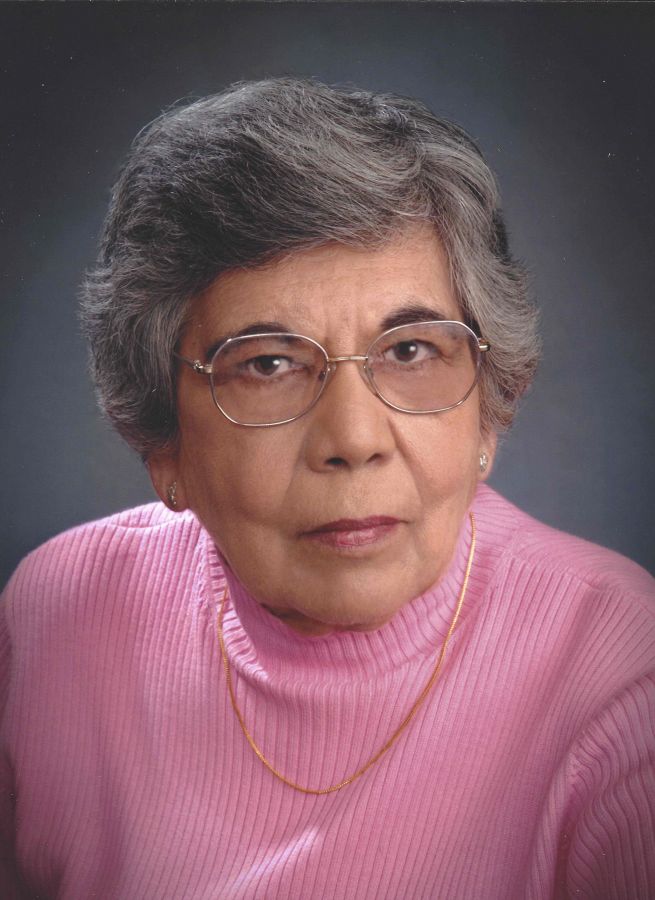 Vicenta M Singh
Vicenta M. Singh passed away September 14, 2019 days after celebrating her 99th birthday. She was born August 25, 1920 in Elwood, Box Elder County, Utah. Vicenta dedicated her life and love to her family, work, community and country. Beginning in the fields of Corinne, she was taught by her father and mastered the reins of farming. Her father installed a work ethic Vicenta never strayed. In her 20's she began working for the government. Starting at Bushnell Hospital, she was quickly transferred to the Defense Depot Ogden and into a position of Systems Accountant. Vicenta helped develop the accounting system APCOS and BOSS for the Department of Defense. Traveling TDY, she implemented, instructed and updated this newly computerized accounting system on military bases worldwide. Vicenta Singh was cited with the Meritorious Civilian Service Award, the second highest award given to a government civilian employee. Simultaneously, she volunteered at the Federal Employees Credit Union which became America First Credit Union. At AFCU, she ultimately became a member of the Supervisory Committee. Vicenta retired with 53 years volunteer service.

After her retirement from the government, she worked at Bourns, HR Block, Dover Heating and Air Conditioning and volunteered her auditing skills to many private companies. Vicenta's volunteer work extended to her family and community. Vicenta was a 4-H leader for several youth members, both family and neighbors, awarded the Pro Deo et Juventute Award for active leadership in Catholic Youth Programs, and held offices in St. Henry's Church, Bear River Valley Credit Union, Beta Sigma Phi Sorority and the Farm Bureau of Corinne.
Vicenta was not only generous with her love and her time, she was a philanthropist. Without a plaque, monument or building in her name, Vicenta invested her monies in people. Through thousands of invitations, announcements and thank you cards filling drawers, boxes, nooks and crannies in her home, it was very evident Vicenta invested in the accomplishments and future of others.

Vicenta was an incredible, unselfish and determined woman. Although she never propped herself as doing other than her best, Vicenta forged the way for females and persons of ethnic origin in the workplace. She is an inspiration for anyone thinking there are boundaries to what can be done. Vicenta had no limits and considered no limits to the accomplishments for others. She was the first female to be awarded the Meritorious Civilian Service Award and the first female Catholic Eucharistic Minister in Utah. Vicenta excelled when females were considered less able in a male dominated era. She will always be revered by many as an intelligent, great, kind and beautiful woman.

More important than her work, and dedication to her community, was her family. A matriarch to her brothers, sisters, nieces, nephews and others, Vicenta blessed us all with her love, compassion, time and her fabulous cooking. Daily she would make her rounds stopping at as many homes as she could to check on her family, even if only for 10 minutes. Cheese Broccoli soup was made for anyone with a sniffle. The sniffle often a ruse to get Vicenta's famous soup. Trips to Dillards garnered a new shirt, sweater or makeup for school. Invitations to committee dinners, outings, or celebrations introduced us to Military Colonels, officials and fine dining. A check endorsed to supplement tuition encouraged potential. Picnics at the park got us all together. Where oh where did you all go?

"Oh Jiggers" Vicenta, we love you and we will miss you soo much. And yes, you look like your dad. Love you our sweet girl, Cathy and Angie

Vicenta was preceded in death by her Mother and Father, Petra and Sunder Singh, and by her brothers and sisters, Maria Cervantes, Santos Singh Pommier, John W. Singh, Marcello M. Singh, Peter M. Singh, and Rosalie Singh Muscolino. Vicenta is survived by her legacy, determination installed in the hearts of the many people she encouraged, and the many memories known by those she loved and cherished.

Mass of Christian Burial will be held on Friday, September 20, 2019 at 11:00 a.m. at St. Henry's Catholic Church, 380 South 200 East, Brigham City, Utah. A viewing will be held on Friday from 9:30 to 10:30 at Gillies Funeral Chapel.
KIRTAN (singing) AND ARDAS (prayer) performed by the Sikh Temple of Taylorsville, Utah at the closing of the casket.

"Aunt Vicenta, I have wonderful memories of staying with you while mom was going to college and climbing that cherry tree!! miss you!! "

"Vicenta was a wonderful person. I had the opportunity to associate with her in Ogden and her work ethic was amazing. She was everything mention in her obituary and more."