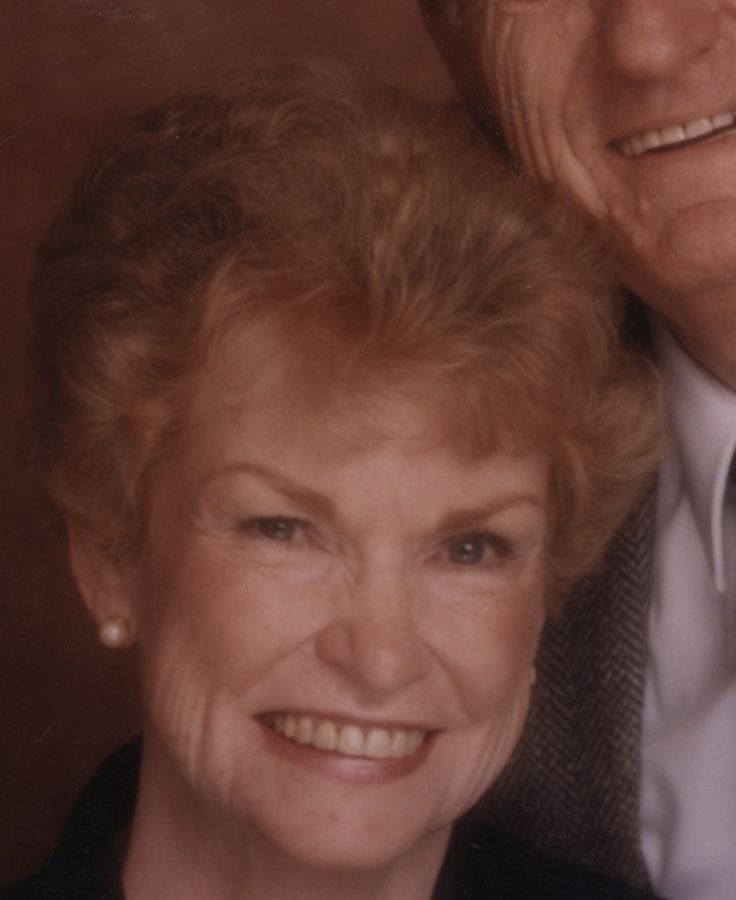 Clarice (Chris) Van Duine passed away peacefully on Friday September 20th, 2019; she was 92 years old. Chris is survived by her husband of nearly 68 years, Al Van Duine, her three children Mike Van Duine, Terry Byrski, and Dan Van Duine, eight grandchildren, and four great-grandchildren (with another on the way at the time of her passing).

Chris was born Clarice Jolley in Blackfoot, Idaho on December 17th 1926, the ninth of thirteen children of Elmer and Retha Jolley (and the last of her siblings to pass on). She and Al met in 1951 at Fort Lawton in Seattle when Al was in the army and Chris was working as a cashier at the "PX" store that Al frequented (he would buy candy bars just to go through Chris' checkout line). They were married on January 5th, 1952. While Al was serving overseas in Korea, their first child, Mike, was born on October 5th, 1952 (yes, nine months to the day after they were married!). After Al was discharged from the army, he went back to Oregon State University to complete his degree in Mechanical Engineering. During this time, their second child, Terry, was born in 1954. After Al's graduation, the family moved to the Los Angeles area where Al had landed his first post-graduation job in the Aerospace industry. They built their first home in Canoga Park, and while living there, their third and last child, Dan, was born in 1958. In 1960, Al secured a job with Boeing, and the family moved back up to the Seattle area, purchasing a home in Bellevue where they would live for many years until all the kids had moved out on their own. After many years staying at home to raise the kids, Chris started a job driving bus for the Bellevue School district. Her specialty was transporting--and taking care of--developmentally-disabled kids on what was known then as the "Special Ed" bus, displaying a true love for and talent with special needs children.

Chris retired from driving school bus in the early 1980's. Al worked a few more years, retiring from Boeing in 1991. Before retiring, they purchased a partially-complete house on Anderson Island in south Puget Sound (where they had built a vacation cabin from the ground up many years prior), and completed it themselves, moving there shortly after Al's retirement. Just a few years later, they visited Phoenix, Arizona and, becoming enamored with the area, decided to buy a new home in the Sun City area. In early 1995, they moved in, keeping two homes for several years before deciding to sell the Anderson Island home. They spent most of their retirement years, from 1995 to 2018, living in Arizona. Even before retiring, they loved to travel, and it was a big priority for them during retirement. They especially enjoyed cruising and travelling to Mexico and Hawaii. From the time they first moved to Arizona, every summer they would drive up to the Seattle area and stay for 2-3 months to visit their children, grandchildren, and friends (and to get out of the Arizona heat!), making their last summer trip in 2015, when (being both in their late 80's), it became time to slow down. For the next few years, they stayed close to home in Arizona, but enjoyed going to the movies, eating out at one of their favorite restaurants, and simply enjoying their Arizona home. Finally, in mid-2018, they moved back up to the Seattle area into an assisted living home near the kids and grandkids, who all still live in the Seattle area.

Chris was elegant, her red hair, makeup, and nails were always done beautifully, and she always dressed nicely. Chris and Al enjoyed taking the grandkids out for meals, movies, and other entertainment, and especially enjoyed having the kids and grandkids visit them in Arizona, where they could play in Chris and Al's backyard pool, and enjoy the home they kept so decorative, light, and airy.

Chris was the most beautiful, strong, and loving woman any family could have. We could have never asked for a better Mother, Mother-in-law, Grandmother, and Great Grandmother, as well as wife to her lovely husband Al for nearly 68 years. Chris and Al were inseparable over those years, a true testament to their unconditional and never-ending love for each other. We have watched them grow old together and boy did they do it right.

Like so many others that live a long life, dementia and Alzheimer's disease stole many of Chris' precious memories in her last few years, but she stayed strong to the end and is now at peace, no doubt with her memories restored.

There will not be a public service, rather the immediate family will gather for Chris' interment at Tahoma National Cemetery in Kent, Washington. The family asks that those interested in contributing a remembrance, instead of flowers or similar, to consider making a donation in Chris' name to the Alzheimer's Association at alz.org. Also, we would gladly welcome any memories, stories, or other thoughts of Chris that you may wish to provide via the "Add a Memory" option where Chris' obituary is posted at CascadeMemorial.com/obituaries.

"One thing I remember from my childhood that always stuck with me is mom and dad taking us on a flight from Seattle to Vancouver (B.C.) just so we could experience what it was like to fly in a plane; this was back when flying commercially was very expensive, not the everyday experience it is today. They also wanted us to experience riding on a train, so took us on a trip from Seattle to Portland just for the train ride."