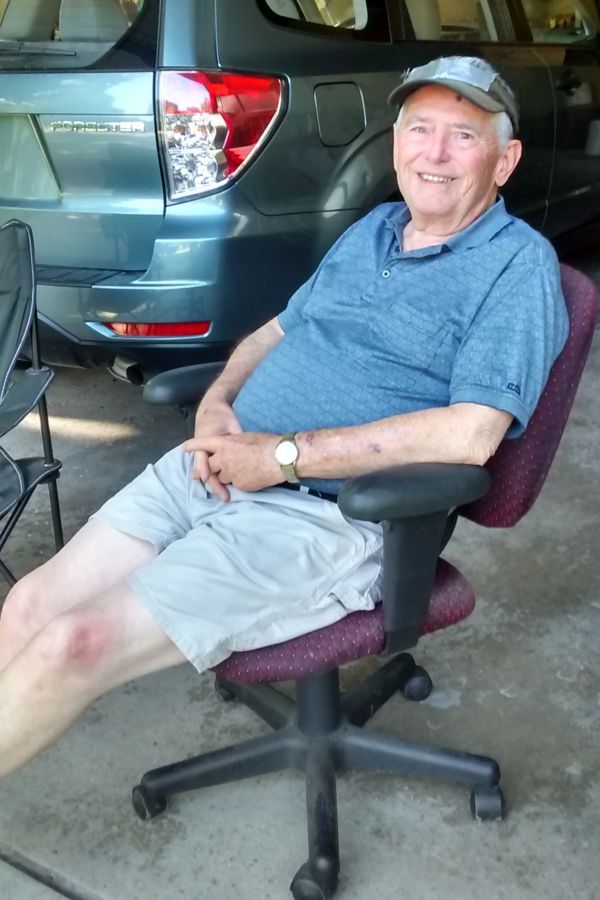 Bob was born July 16, 1938 in Harpers Ferry, Iowa in the home of his grandparents, Douglas and Martha Boardman, the son of Leonette Boardman. He was raised by his grandparents until around the age of 12 when he moved to La Crosse, WI to live with his mother, step-father Sylvester "Jack" Kendhammer, and siblings. He attended Logan High School in La Crosse and enlisted in the Air Force in September 1955. He served as a cartographer and enjoyed seeing other countries while stationed in Germany and Japan. He left the service in 1967 and moved back to La Crosse to attend UW-La Crosse. There he met and married Lillian Marie Sagmoen in 1968 and moved to Madison, WI in October of that year.

He worked for the City of Madison as a cartographer, as the village administrator for Maple Bluff, and as a real property manager at the Truax Air National Guard base. He worked hard so when he retired could enjoy many things: his cigars, friendly dogs, watching the birds, or grass grow and snow melt. Many of these were enjoyed while sitting in his chair in the garage keeping on eye over the neighborhood, with the help of his pets.

He is preceded in death by his mother and step-father, Leonette and Jack Kendhammer; mother and father-in-law, Clarice and Lloyd Sagmoen.

There will be a celebration of life on Sunday, October 6 at 308 New Castle Way from 1pm to 4pm.

"So sorry to hear Bob passed away. I didn't know him personally, but I felt like I did because he would always smile and wave at me from his chair in the garage when I would run past. Always gave me a little extra spring in my step when I would go down New Castle. I'm sure he has a chair with a primo view now! Rest in peace, buddy! Mitch Q."