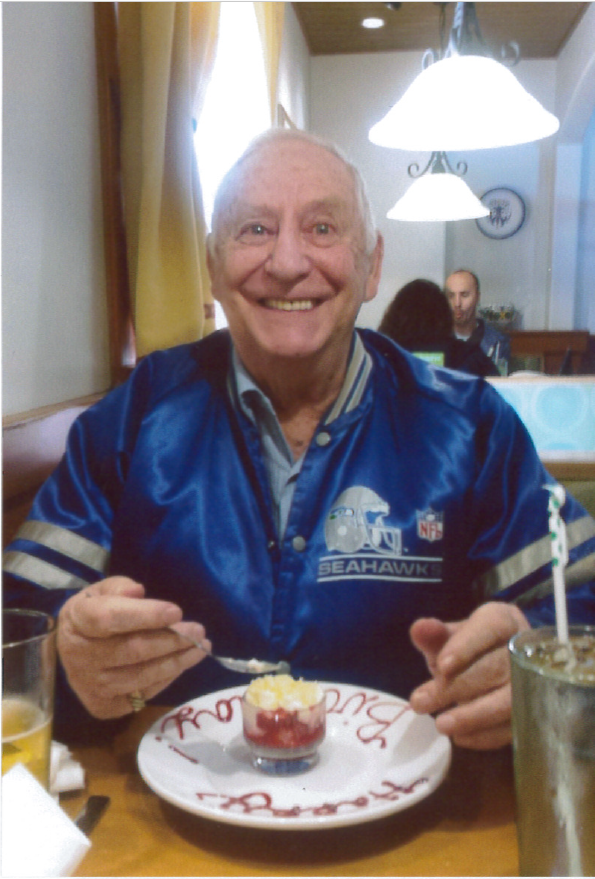 Leo Francis Passino Jr. was born May 9th 1929 in Gloversville, New York. He joined the Army September 15th 1948 and was discharged as a Sergeant June 11th 1952. He married Mary Willamina Crawford September 27th 1953. He retired from the Boeing company after 25 years in 1991. His wife Mary went home to be with the Lord on June 3rd 2017. They were married for 63 years at the time of her passing. He is survived by his 3 children Irene Rucshner of Puyallup, Washington; George Passino of Washougal, Washington; and Diane Jones of Casagrande, Arizona. Also 7 grandchildren, 14 great grandchildren, and 2 brothers. Leo was a huge fan of the Seattle Mariners and Seahawks. When he was in his late fifties he took up motorcycling and loved taking long rides with his daughter and son-in-law. He always had his wife Mary on the back of his Honda 750. He always said it made him feel young. He and Mary did everything together. After he retired he and Mary became snowbirds going to Arizona in the winter where Leo took up golf. He even got a trophy for a hole in one, he was so proud. They also loved flying to New York every other summer to see Leo's family. Leo always enjoyed being around his family, there was always lots of great food and laughter at family holiday events and family reunions. He had a very extensive movie collection, which he allowed us to enjoy with him. Leo had an adorable dance and Donald Duck voice he would use in public to embarrass and entertain his grandkids. He was loved and adored by his family and friends and will be missed by all. Leo was a man that could befriend and talk to anyone with ease, he made a impression on all that he met. Leo spent the last three years in Advanced Post-Acute Center, the day he passed there was a stream of nursing home staff from healthcare workers to laundry and kitchen staff there to say goodbye. He decided to reunite with his wife Mary on Sept 27th 2019, the day of their 66th wedding anniversary.